Waiting on my $12 guitar to arrive today 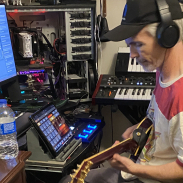 So I’ve been on and off looking for a deal on a nylon string classical guitar for a while now. While browsing Reverb, my local Craigslist, etc., I came across a “lightly used” classical guitar up for bid on eBay with a current bid of $11.99. So naturally I entered $12.00 and went on my merry way.

Yesterday I was checking my email and noticed that I had “won” the auction. So I had to follow through and pay the $12 plus $30 to ship the dang thing....

Supposed to arrive today. I’ll post a pic of my “new to me” forty two dollar guitar after it arrives.

There was only one pic in the ad. Curious to see what my 42 bucks brings me today. Add a pack of nylon strings and I’m about $50 in on this little plan. 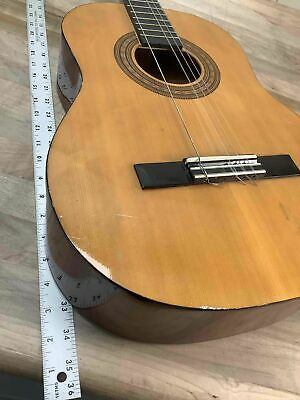