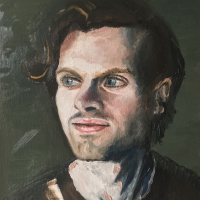 I'm looking for app or combination of apps that can trigger playback of track length audio stems along with sending MIDI data out. I'd like to be able to assign faders/mutes to the stems by MIDI CC so that I can ride the levels throughout a performance.

Reason for this is that for future performances (booked, pending those festivals happening again one day in the future!) we'd like to include our newer tracks from 2020 that we've taken a more studio heavy approach to. These tracks have extra orchestration and stuff that may as well be reproduced live as audio stems since playing them back as MIDI would just be the same end result with more opportunity for technical failure. I'd like to route the modular synth parts to the hardware as MIDI though so that I can turn dials and patch in real time and keep the live vibe.

If anyone's interested, you can hear one of these tracks here at a link we've put up for friends/family/colleagues to check out before it's released:

My first intuitions were AUM's built in file player with a separate MIDI file player app (I'd need to figure this out) or seeing if I can make BM3's scenes mode work to play full audio tracks along with sending out MIDI (I like this idea as the playback will be linked on one timeline).

Using BM3 if I can get that to work seems like a good choice as a host because it'll give me stable access to the sampler (not a fan of IAA/AB with BM3). Just need to make sure I can get the pad triggers to work well.

I've not been paying that much attention to the changing landscape of iOS apps though and have pretty much used the same stuff since 2017-2018 at this point. Maybe there's a more simple or more logical choice that I'm missing?

Thanks very much!
Oscar South