I've been creating a Visual Programming app that works by connecting components in schematics.

My strength in the past has always been in experimenting and quickly implementing many different ideas rather than polishing and focusing on a narrow scope and doing that well. I'm trying to change that ( and that's why I've decided to post this message ).

I've decided to focus on Music and specifically hosting AUv3 plugins. For that purpose I've created a much simpler version of the full VisualSwift which I've called "VisualSwift - Music"

This version focuses mainly on 3 types of components: Instrument, Effect and MIDI Processor. When connected together it should be possible to create music with them as shown in the following screenshot: 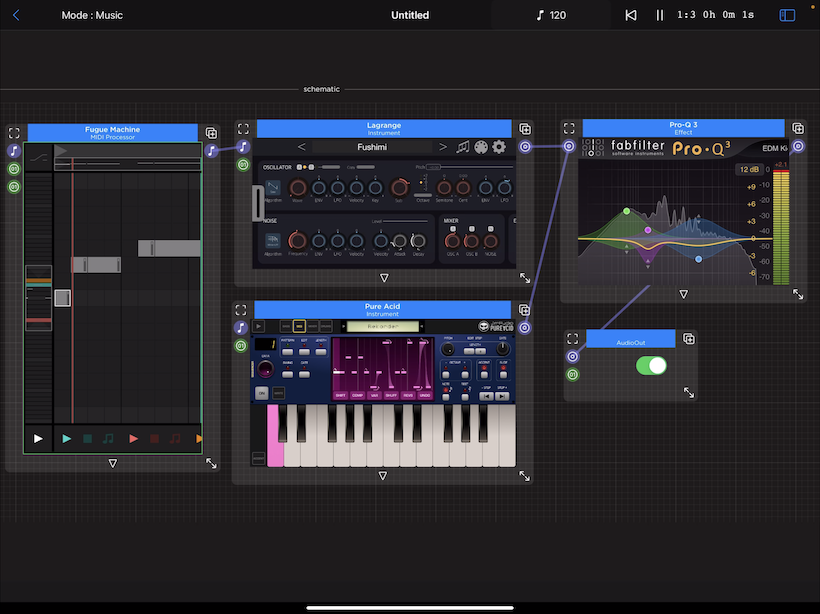 Here's a YouTube video showing it in action: https://youtu.be/1_WoUxcSaOY

Would be great to get feedback from this community mainly in relation to bugs/crashes, basic essential features that are missing and maybe for example the time transport controls might not be working as they should. Documentation is missing and a high priority, if someone finds they're stuck not knowing what to do, would be great to know.