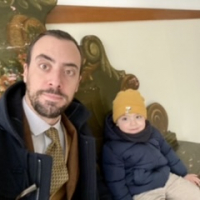 Charlesalbert
December 2020 in Support and Feedback

Do you know why this happens?

Thanks for all the answers❤️