Is there an Auv3 Midi Envelope Generator? 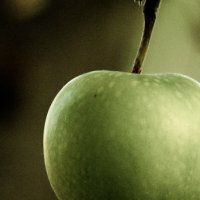 Does anything exist that can generate midi CC envelopes from a note trigger for AUM?