Open Back headphones for mixing & mastering 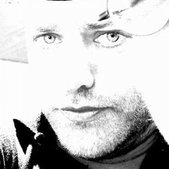 I am looking to replace my 10y old AKG headphones for a newer set. I do most work on headphones, because my time on studiomonitors is limited.
I would like a good deep bass 5hz range and was thinking about the open back headphones because they are better for mixing and mastering in general.
Most of these headphones tend to have a high impedance and therefor an extra headphone amp is needed to arrive at a nice higher volume.
Are there any members here that have some advice with open back headphones for the Ipad?
I was thinking of the audiotechnica ath r70x and the cheaper beyerdynamic dt 990, but I'm open to all suggestions!