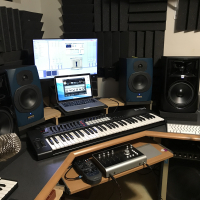 Hey all you midi gurus, wondering if there is a way to chain two midi controllers that only have 5 pin midi both going into one daw and controlling two different plugins. Is this where midi thru would come In or is it not possible?