It may be the end of summer (here in the UK), but I've finally sorted my nearly cable free outdoor guitar looping setup.

I picked up a Vox amplug i/o which, although advertised as working with iOS, I could find no mention anywhere of anyone using successfully. Happy to report it as working really well as an iOS guitar audio interface. Crucially it's got a headphone out, so I have the option of using it with headphone jack-less phones (unlike my old Line 6 Mobile in pictured with the yellow cable). Tested successfully on an iPhone SE 2016 iOS 13.5.1.

The amplug had some bad reviews regarding latency, but I think that was all about ASIO/PC drivers, absolutely fine with iOS (and Mac). Needs powering with a couple of AAAs, also works as a tuner when not connected.

It does plug straight into a guitar jack socket, but I've mounted it in the handy recess on my Traveler EG-1 guitar, with the phone case mounted by velcro (an old phone, not my regular phone, couldn't cope with velcro on that). Micro usb out of the amplug into a (3rd party) CCK into phone.

Also in the picture my DIY bluetooth Quantiloop foot controller (not specifically QL, but that's what I've had most fun with). An almost wireless outdoor hazard free guitar looping rig, just the headphone cable left to wrangle with.

Amplug i/o cost me £30 'new' on ebay, it came with free Jamvox III desktop software, which has just had an update after several years. Enjoyed playing with that earlier, all the models are I think the same as Rosario in Korg Gadget. No midi control though that I can tell, otherwise user friendly. 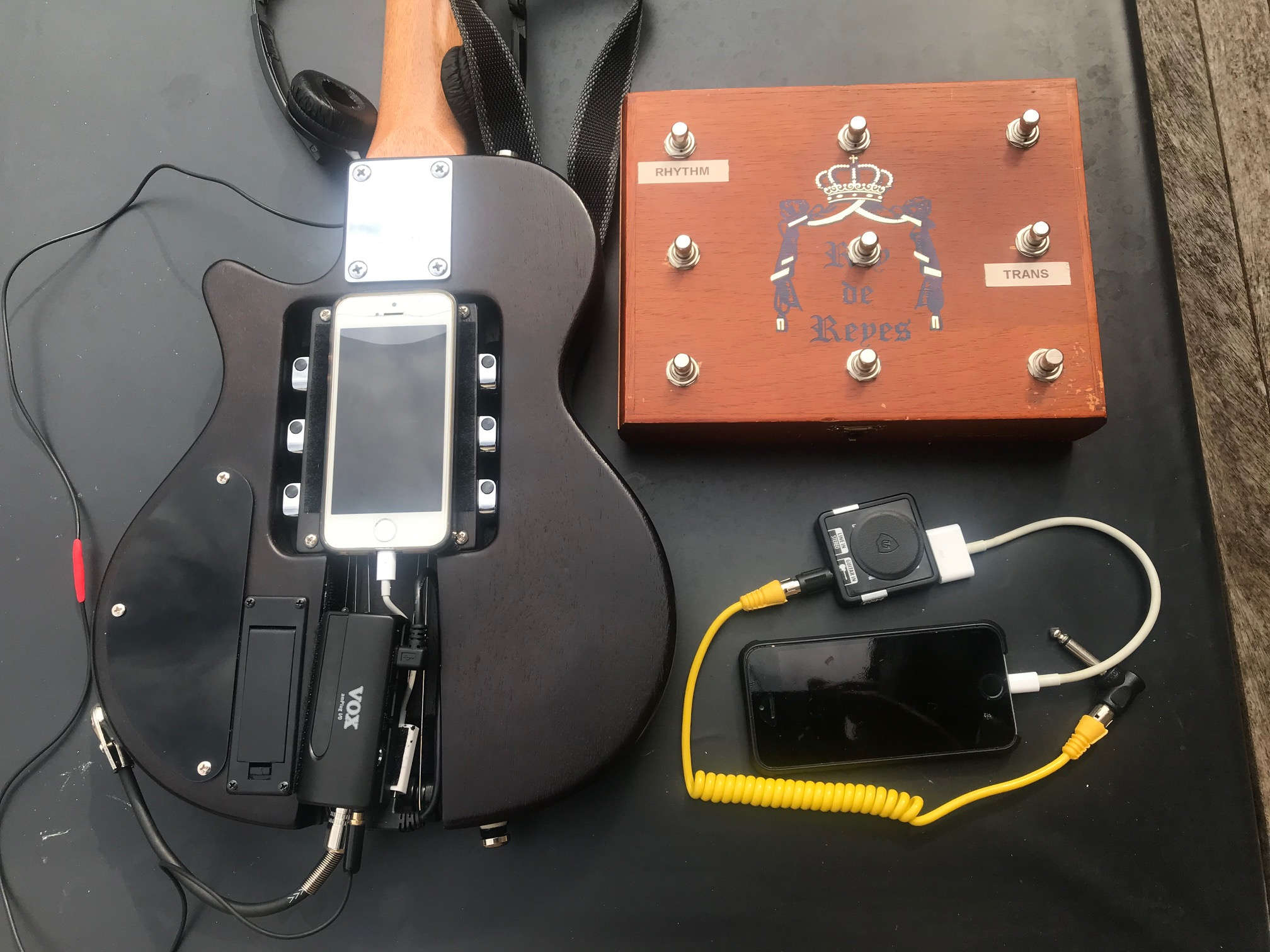