For my little one-man-show I have an acoustic guitar and a microphone, both connected to my iPhone SE. Using AUM, I process the guitar through Tonebridge (to add some nice FX), and route the guitar and/or mic to Group the Loop (GTL, for live looping).

I'd love to be able to also play some synths through MIDI. I was thinking of attaching my nanoKEY2 to my guitar's body, but that is too bulky. So I started evaluating "guitar to MIDI" solutions.

I'd love to hear your opinions about the pros/cons of those solutions. I'm pretty close to getting one of them, but I'm still a bit unsure which will be suited best for me. 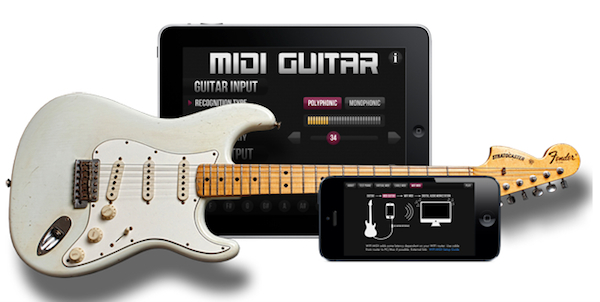 Being an iOS app, this would be the easiest solution. It translates the acoustic signal of the guitar into MIDI. But it is not too accurate with an acoustic guitar (compared to an electric one). And it is a bit cumbersome to route its MIDI to an AUv3 synth in AUM: as MG2 itself cannot be loaded as an AUv3 input, I would need to have the app running in the background, which adds more manual complexity (and more sources for problems) to my already complex setup around AUM and GTL. On the other side, it has some nice presets and FX (but I doubt I can assign any MIDI bindings to them so I could switch between them using my iRig BlueBoard foot controller) (UPDATE: MG2 does allow to assign midi CC to select settings).

(Side note: there is a similar software called MiGiC, but it is only available for desktop computers. It would still be interesting to compare it to MG2 though. Maybe I will give it a try.) 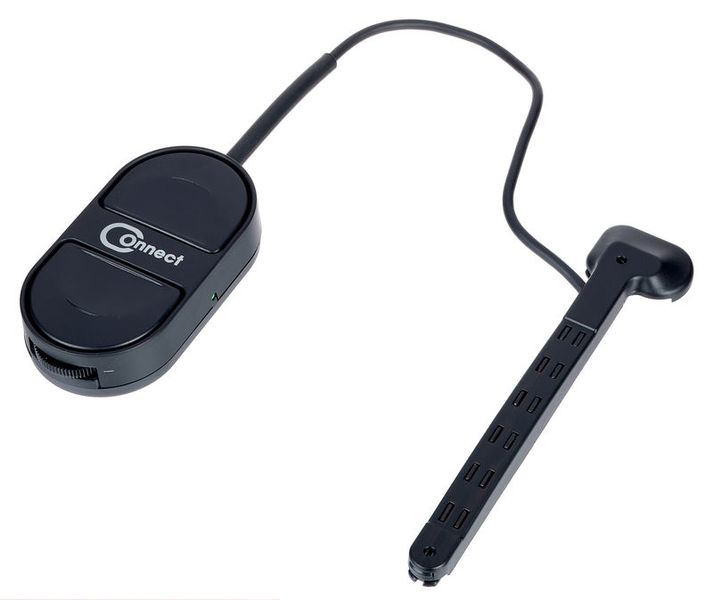 Being an additional kind-of-pickup (which can be simply clenched between the guitar's strings and its body, next to the bridge), the TPC (like MG2) also translates the acoustic signal of the guitar into MIDI, but it is much more accurate, as it has a single little pickup for each string (and doesn't have to "guess" as much as MG2). While it adds some more bulk, it's relatively tiny. And it can easily be installed and removed (without altering the guitar), so I could use it with different guitars.

It connects via USB. As I already use a Camera Connection Kit to attach my external audio interface to my iPhone, I can simply add a small USB hub to allow for another connection. It even draws its power from USB, so no additional battery to be charged.

The TPC comes with a great looking app, but sadly it's only available for iPad. As far as I can read from this article, it should be possible to connect the TPC also directly to any MIDI synth, but I'm unsure whether the TPC still is indispensable for fine-tuning the MIDI signals so they are accurate enough for live performance. I mean - if I want to have an "inaccurate" solution, I could get the cheaper MG2 (above).

An additional benefit is that each single string can be sent to its individual MIDI channel. This allows for some more magic when reacting to it, e.g. to trigger a bass synth for the E, A, and D strings, while triggering another synth for the G, B, and e strings. 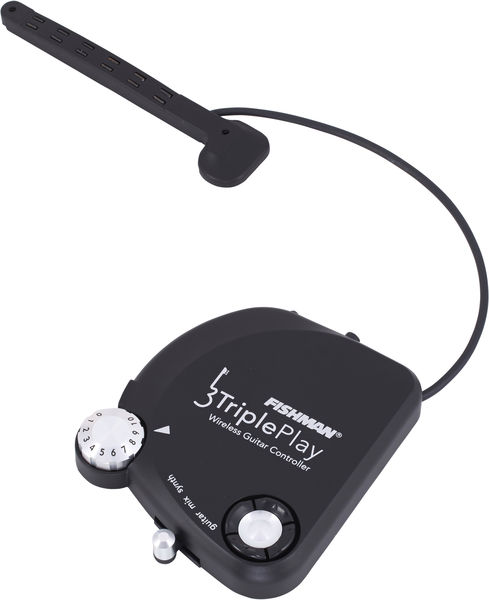 Similar to the TPC, but wireless! A bit bulkier though, and more expensive.

As my guitar's internal pickup has some problems, the TP might be a solution for that too, as it claims to be also a "normal" pickup (or am I getting it wrong? At least I can switch between guitar, synth, and both using a switch) - but how would the acoustic sound come to iOS then?

As there is no need to connect this thing (neither for MIDI nor for acoustic, assuming I don't misunderstand something fundamental here) I could get rid of my external audio interface, too. This could make up for the additional bulkiness of the thing. On the other side, an additional battery needs to be charged here.

But still, the question about using the thing with an iPhone remains the same like with the TPC. 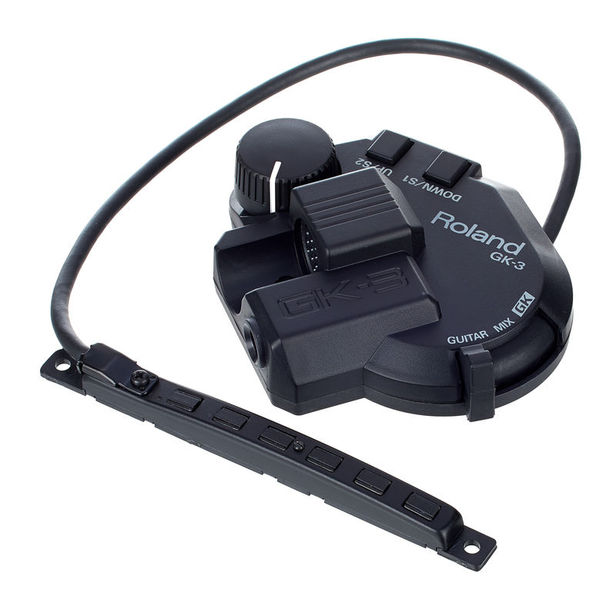 Similar to the TP, but no wireless. As such it is a bit bulkier, but also it makes clear that the MIDI and acoustic signals are transmitted through cables (as such there are no questions whether an additional iOS software is needed). Still, I don't know how this compares regarding accuracy. And it seems to be harder to install to a guitar and non-removable (seems to be fixed using screws or something), which is a huge downside, as I don't want to alter the body of my guitar. In general, it doesn't really seem to be made for acoustic guitars.

The following picture confuses me even more: why is the guitar's normal pickup connected to the GK3's input? 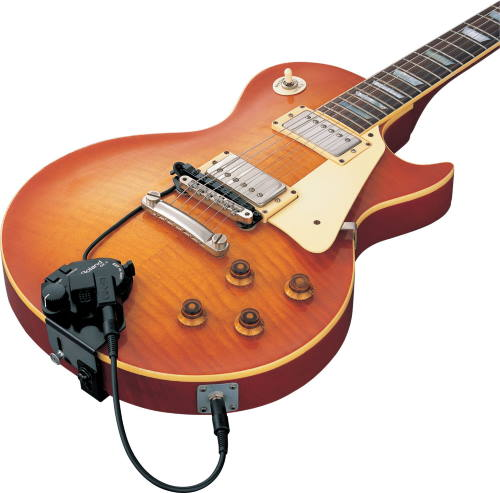 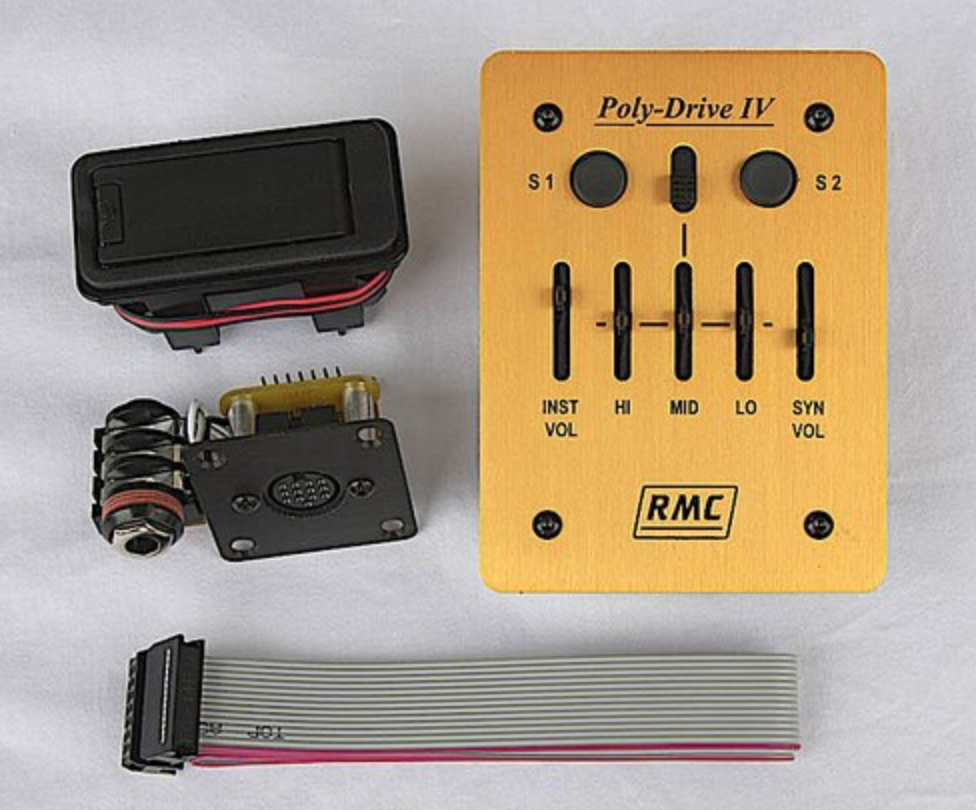 RMS seems to have several acoustic pickups with an "acoustic to MIDI" solution built right into it. I didn't go though the different options yet, I'm a bit confused here, but they look promising, while also being expensive.

If their MIDI accuracy is very good (much better than the Roland or Fishmans), they might be worth a shot. But installation is very complex and needs to be done by a professional. And it definitely requires to alter the body of my guitar.

So, what's your opinion here, guys? Did I miss anything? Can anybody compare the products regarding accuracy?

At the moment, I favour the TPC, as it is very straightforward to install, doesn't do any damage to my guitar's body, should be pretty accurate even without the specific app (at least I hope for this), connects straight to the MIDI input in AUM without any additional software running (I guess), and doesn't need an additional power source as its connected through USB.

But also MG2 is still very tempting, as it would be the most hassle-free solution installation-wise. So my biggest question might be: Will the Fishman Triple Play (WiFi or Connect version) be more accurate than iOS Midi Guitar 2, even when I cannot use the "Connect" iOS app (as I don't have an iPad, only an iPhone)?

I'm happy to hear your thoughts.