What is the SMALLEST 2 channel (guitar/mic) USB audio interface?

I'm busking on the streets with a guitar and a microphone, while adding effects like looping or reverb through my iPhone. For this, so far, I used the Zoom U-44 portable USB audio interface, which is portable, but still a bit bulky (I'm backpacking, so I have very low space).

After searching around for THE ULTRA LIGHTWEIGHT MOBILE audio interface that can handle both a guitar and a microphone (and is compatible with iOS) for over a year now, I still found a new option today, that I didn't know of before: It seems indeed to be smaller than anything I knew before: I immediately fell in love with the aforementioned ESI UGM96, as it is very portable (I admire how they decided to only offer TRS, instead of XLR, which saves a lot of space). It is discontinued though, in favour of a bigger item, the ESI UGM192 (https://www.esi-audio.com/products/ugm192/), which I don't like that much. I googled a bit, and found this: 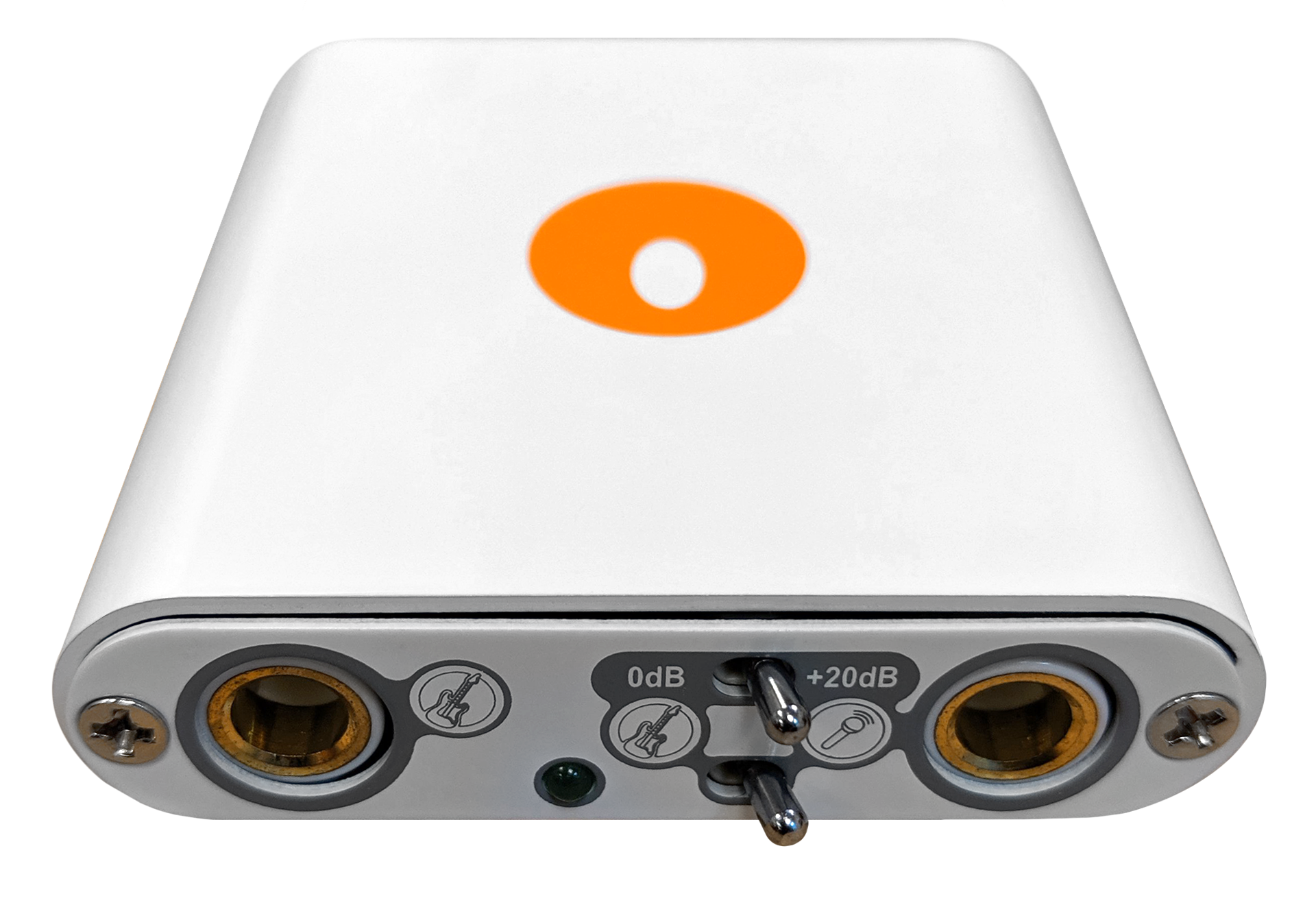 It seems to be the UGM96 under a different brand, and it is still in stock.

But before ordering it: does anyone here know another USB audio interface that is EVEN SMALLER? And allows to connect both a guitar and a microphone to an iOS device?