I have fully stepped away from iOS music production 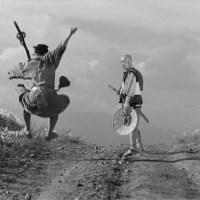 Bill_Brasky
May 22 edited May 22 in Off-topic

For the last month I stopped using the iPad for music (and really everything else) and I don’t think I’ll be going back. For the last couple years I immersed myself in the iOS production paradigm and while I enjoyed myself to a degree I found myself running into walls constantly. I know limitations inspire creativity but that isn’t my problem.

My biggest issue with ios anything is the necessity to keep buying better, faster processors I.e newer iPads. Before iPadOS I was running my 2018 iPad without too much issue. I’m not saying iPadOS ruined the ipad I’ve been using but things went downhill all too quickly. It got to a point when I could only have 5 or 6 tracks with fx in ns2, anything beyond that crackles galore would ensue. The same happens in Gadget and Cubasis.

While shopping for a new iPad back in early April I started missing making music on laptop. I found a great, souped up laptop online for a great price and pulled the trigger on that instead and frankly I couldn’t be happier. Using my old favorite DAW again (Reaper) in conjunction with some newly acquired hardware OP-Z, Modal Skulpt I have decided to stick with this way of music production. I have 18 tracks going in my daw right now without a single hitch. Something my iPad could never have done without buying a new iPad but then I would have had the same cpu issue in two years time and would have necessitated buying yet another iPad when I can just simply upgrade my laptops RAM for a fraction of the price.

While I do still enjoy using some iOS synths stand-alone (Sunrizer and Drambo) I just find iOS too limiting for a proper creative studio and I am tired of spending more money on Apple hardware every two years. Maybe I will return to this platform down the road but for now, I think I am done with iOS. T’was an interesting journey and when you’re on the move as much as I have been the last few years it is very mobile and works well for staying creative on the road but when I am at home and want to create tracks I see little reason to divert myself from the laptop and Reaper.

Sayonara for now @McD and other forum posters. This might have been the best part of iOS music, this forum. Thanks @McD for the welcome you gave me when I came on board. I didn’t post much but still read thru it daily. Sorry for the rant folks, it’s not trashing iOS music it’s simply a conclusion to my two year long iOS experiment.

All this said, if Apple would allow users to expand the cpu, instead of buying a totally new system I would certainly return. Forcing their customers to purchase new hardware every 1-3 years is such a wasteful approach. Make the hardware upgradeable, save your customers some money and Apple saves themselves some manufacturing costs etc. it’s a win-win.