Samflash3
May 3 edited May 3 in General App Discussion

This is a bit of a weird post. But it’s been on my mind lately. Audiobus 3 and AUM are two of the apps that changes the way we interact with music. With the popularity of AUv3 as an application protocol, and Apple bringing out the Magic keyboard, iOS/iPad OS is becoming more of the computer of the future.

But the interaction with the regular keyboard and AUv3 apps need some improvement. I’m going to base this post off of the model app on iOS, namely...Moog Model 15.

Now, why Moog Model 15? Well, it does a lot of things right that I feel should be present in these apps.

First off,
1. Show Advanced features: Pressing and holding the “command key” shows a lot of features that one would not normally think of. It’s one of the most intuitive ways of knowing keyboard shortcuts, even though it takes the user remembering to press and hold the “command key”. 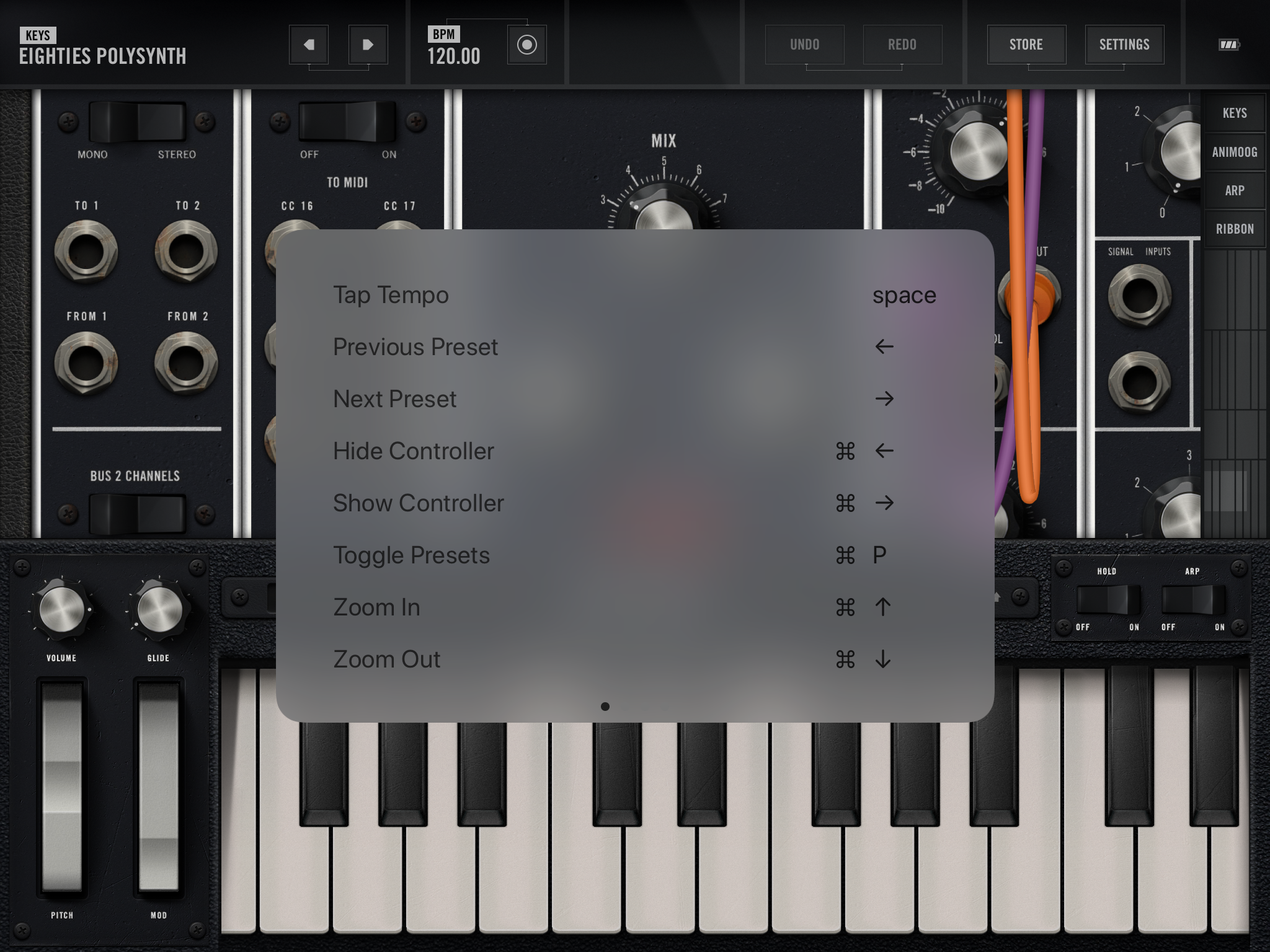 Here’s some snapshots to show some examples (and how to get to this menu). From the Moog Model 15 app, 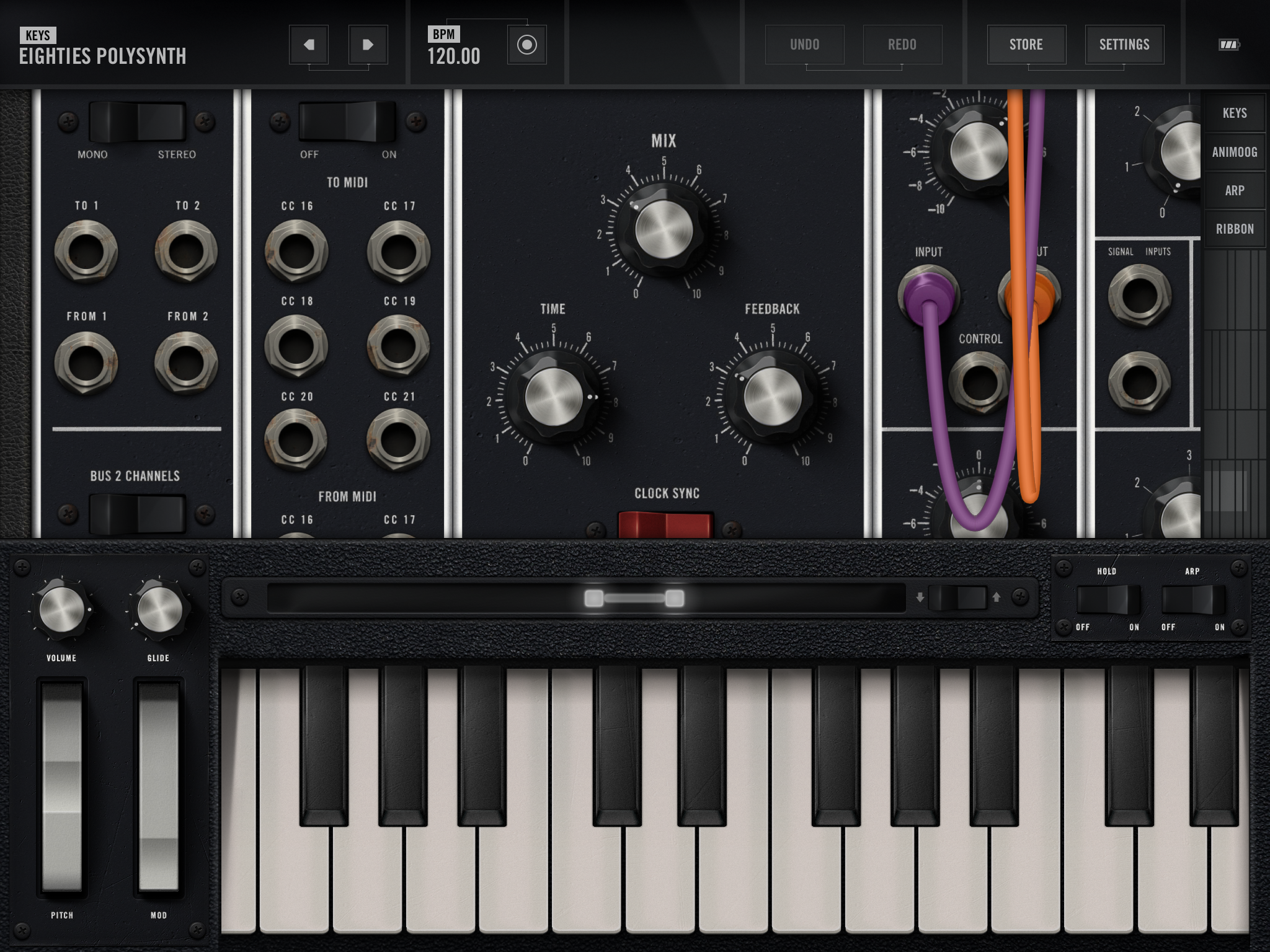 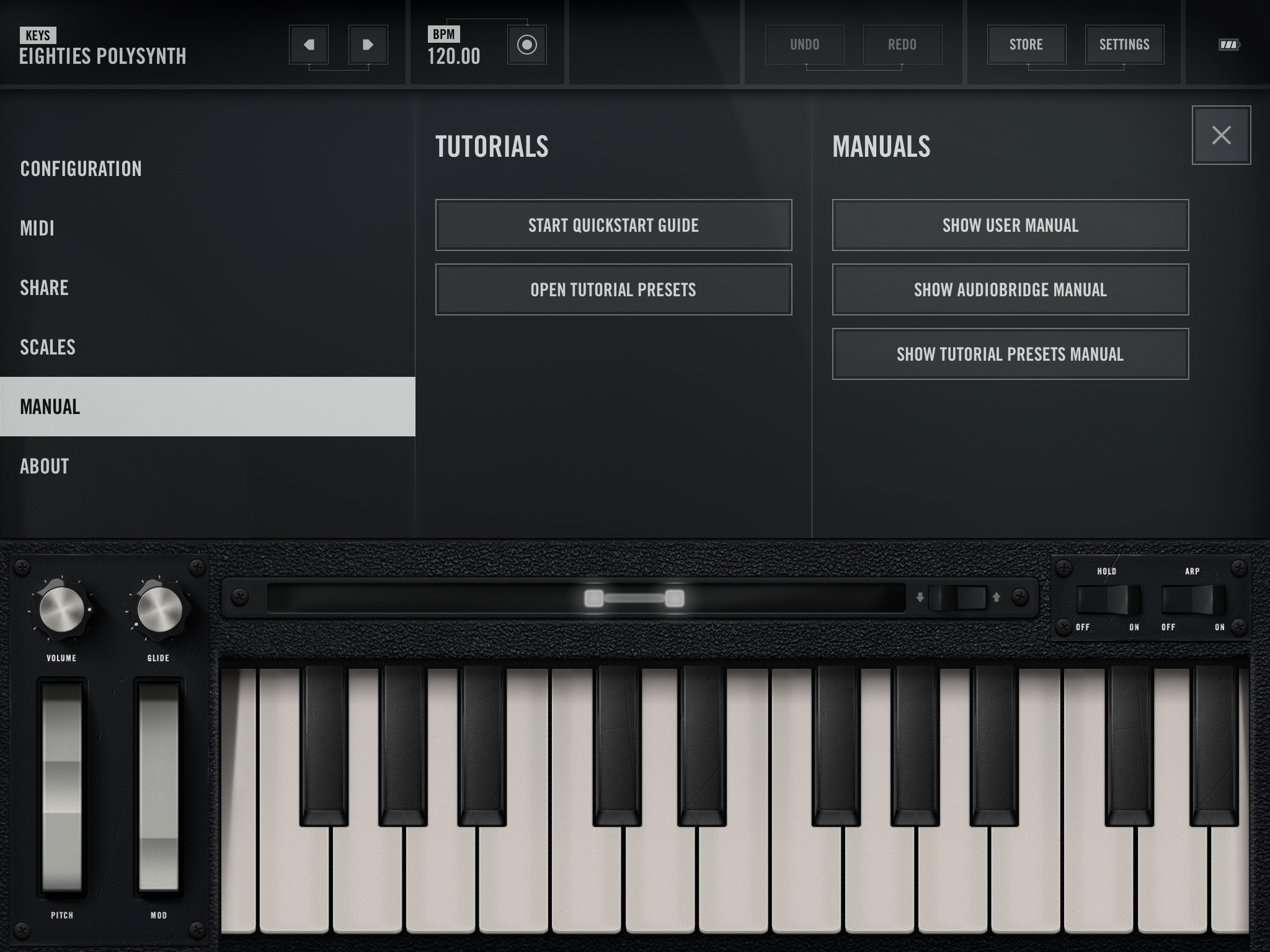 Scroll down until you see keyboard commands 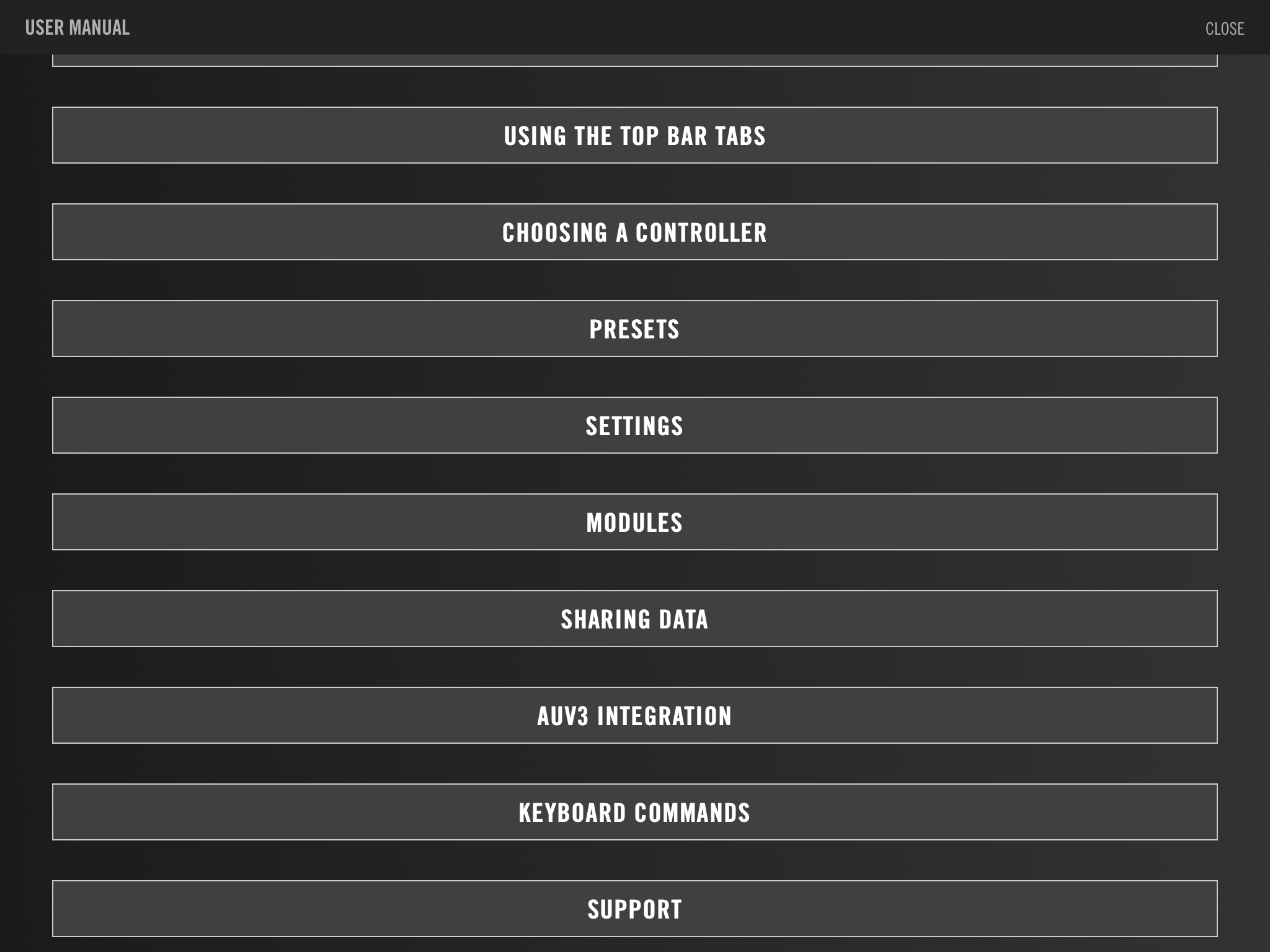 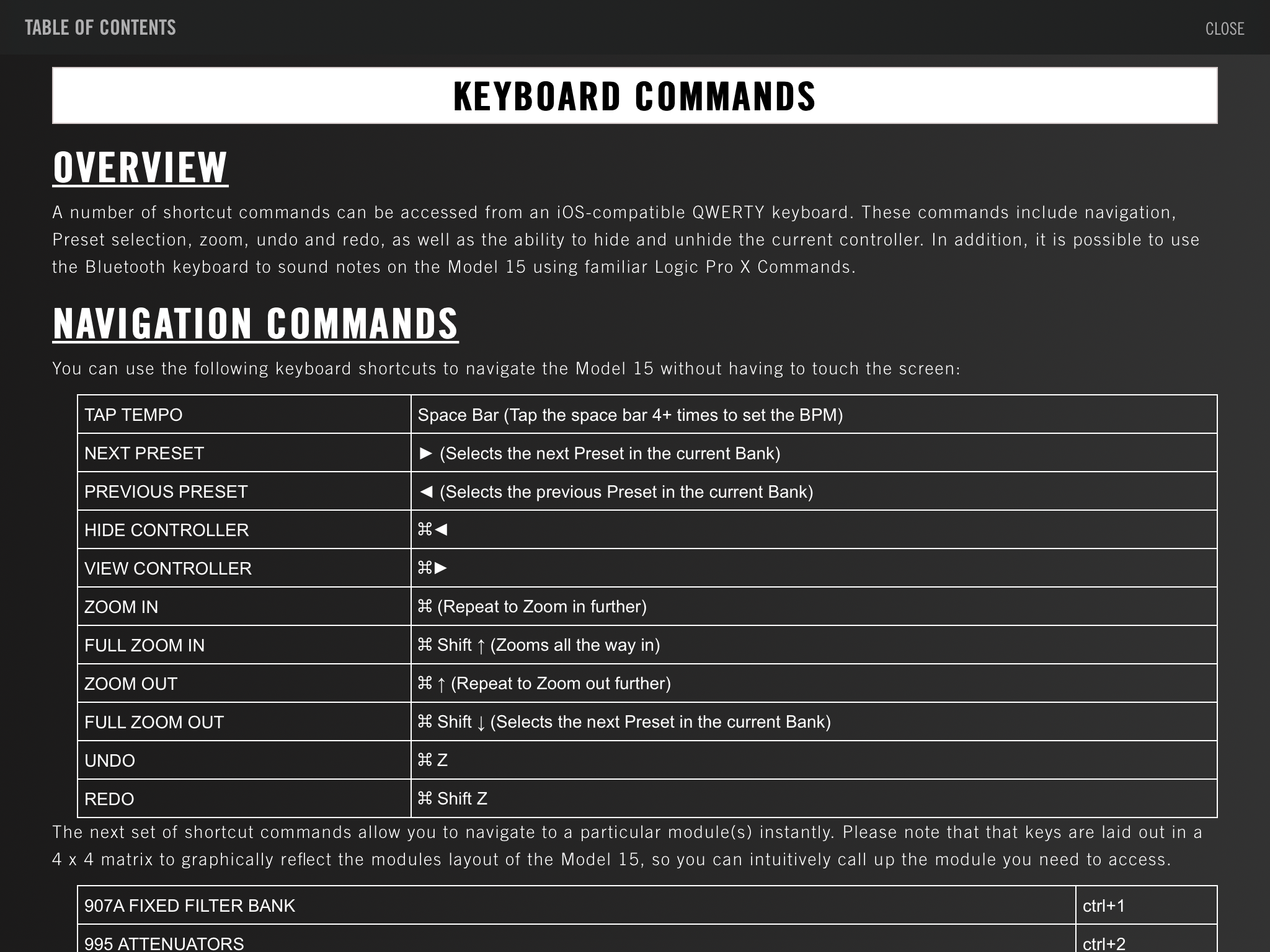 If (say for example), the user uses the “Command + Caps lock” key to switch from the typing keyboard to a MIDI keyboard, it can then read MIDI Keys. It’ll translate the keyboard from regular mode into MIDI Mode, which would work similar to a Mac OS/Windows MIDI keyboard. That is, 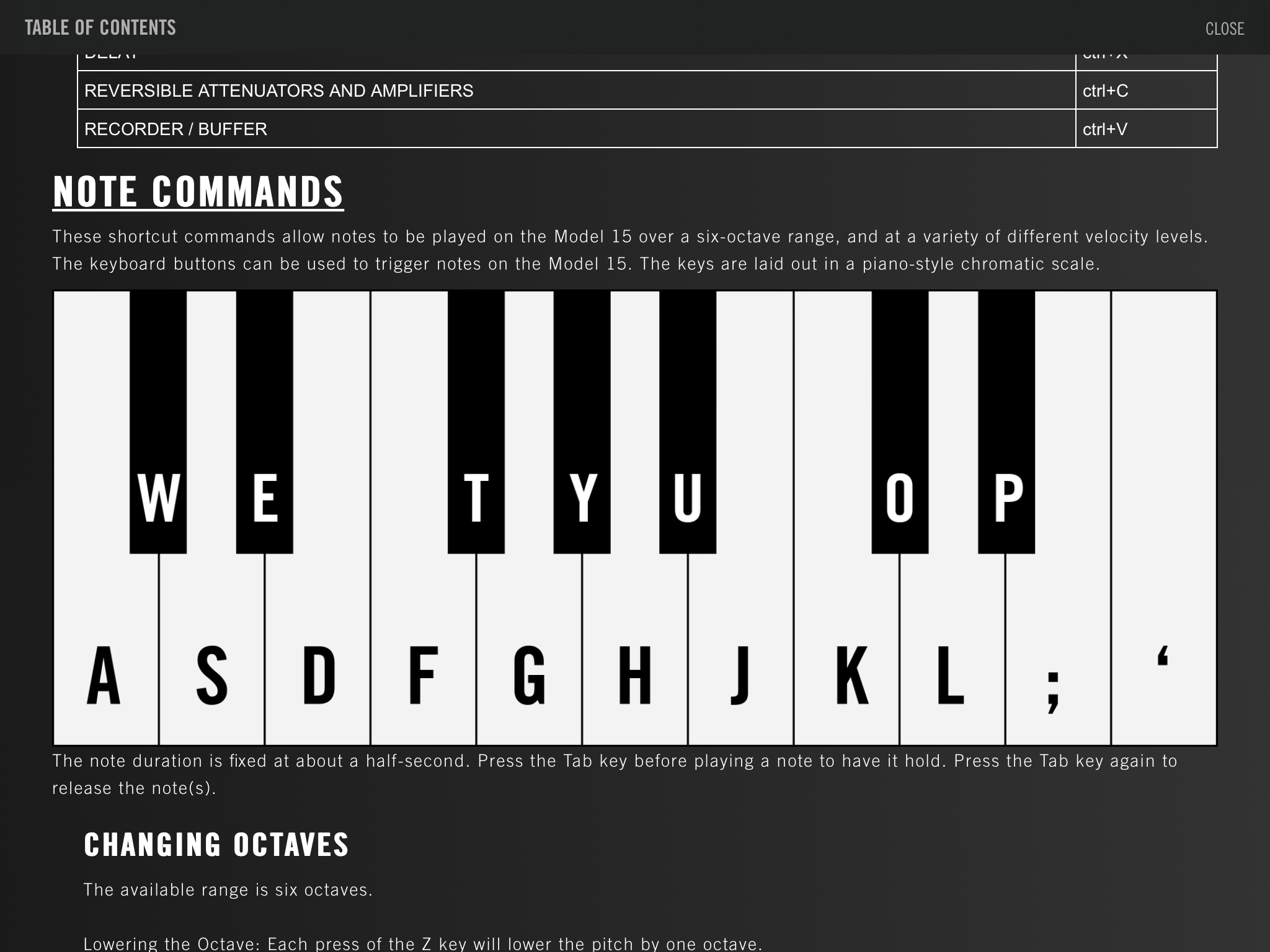 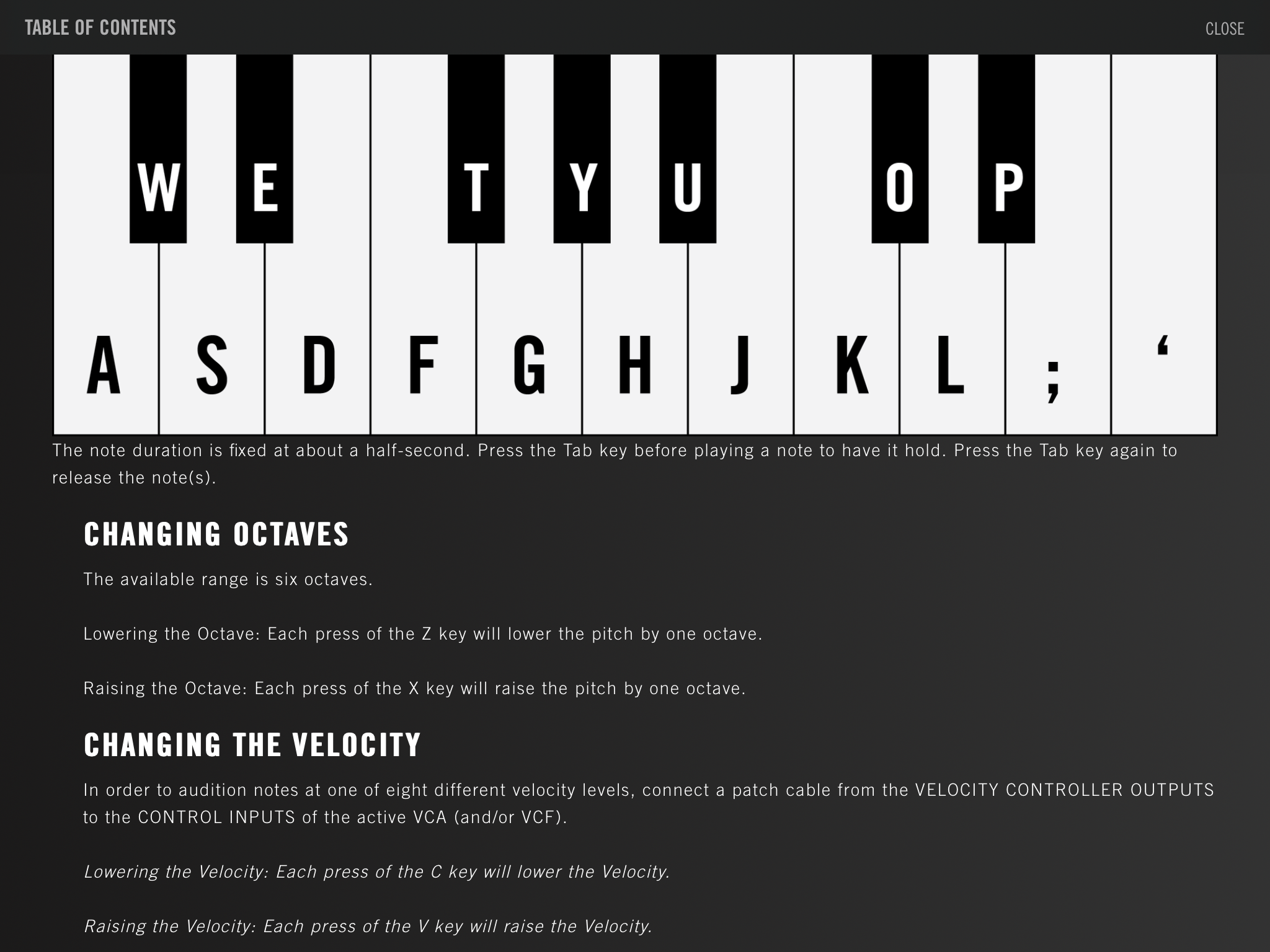 BONUS FEATURE
3. Audio send: A lot of apps have the “Share” feature inbuilt. It was the way I made my iOS shortcuts, “ Send audio to app”. But, it’s a gimmick that relies on Apple not changing iOS Shortcuts functionality.
Now, imagine I’m able to share audio stems recorded from AUM’s file player (or Audioshare for Audiobus 3 users), directly into Reslice (just as with the iOS shortcut - Send audio to app), all within the same interface. 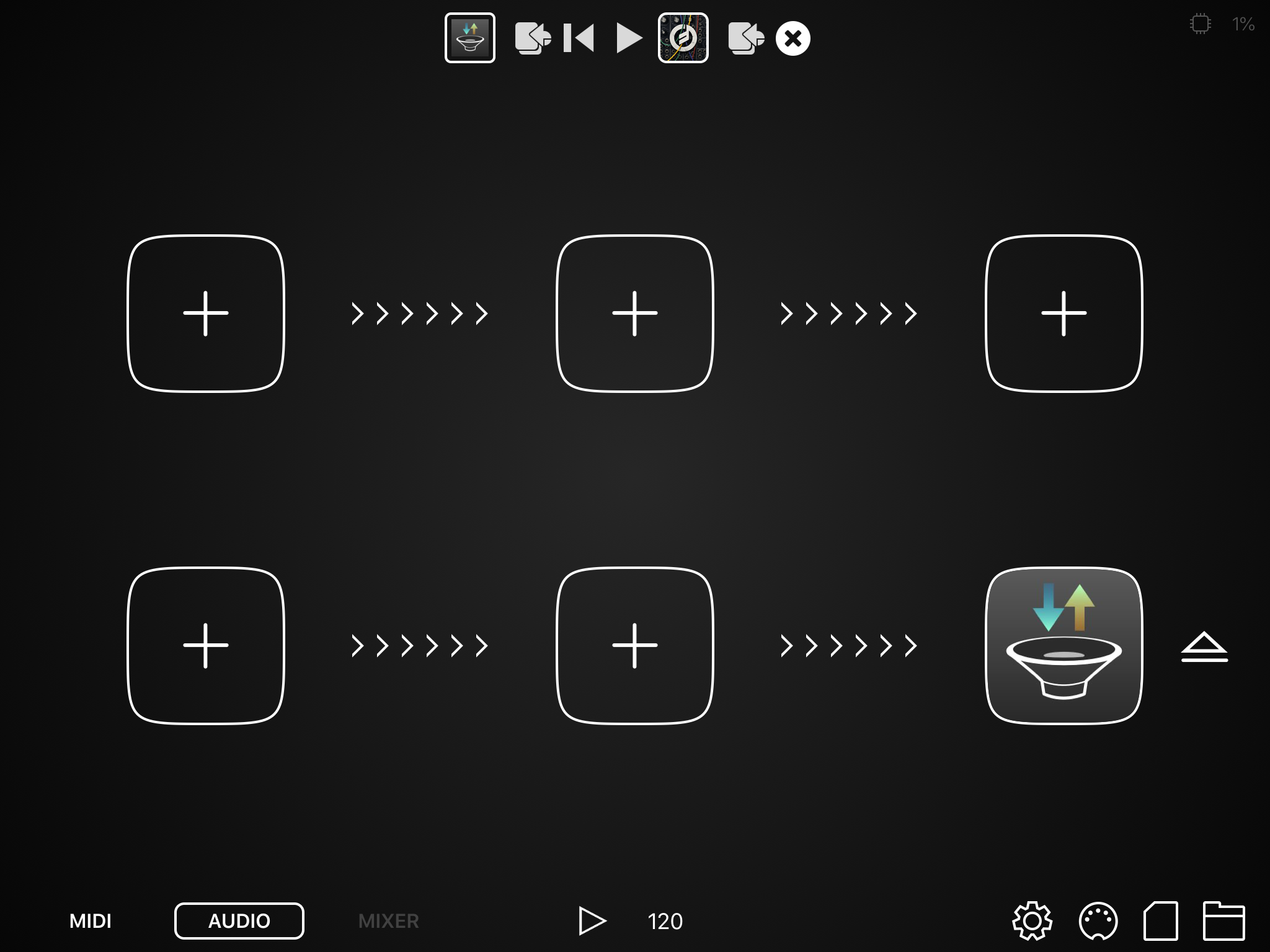 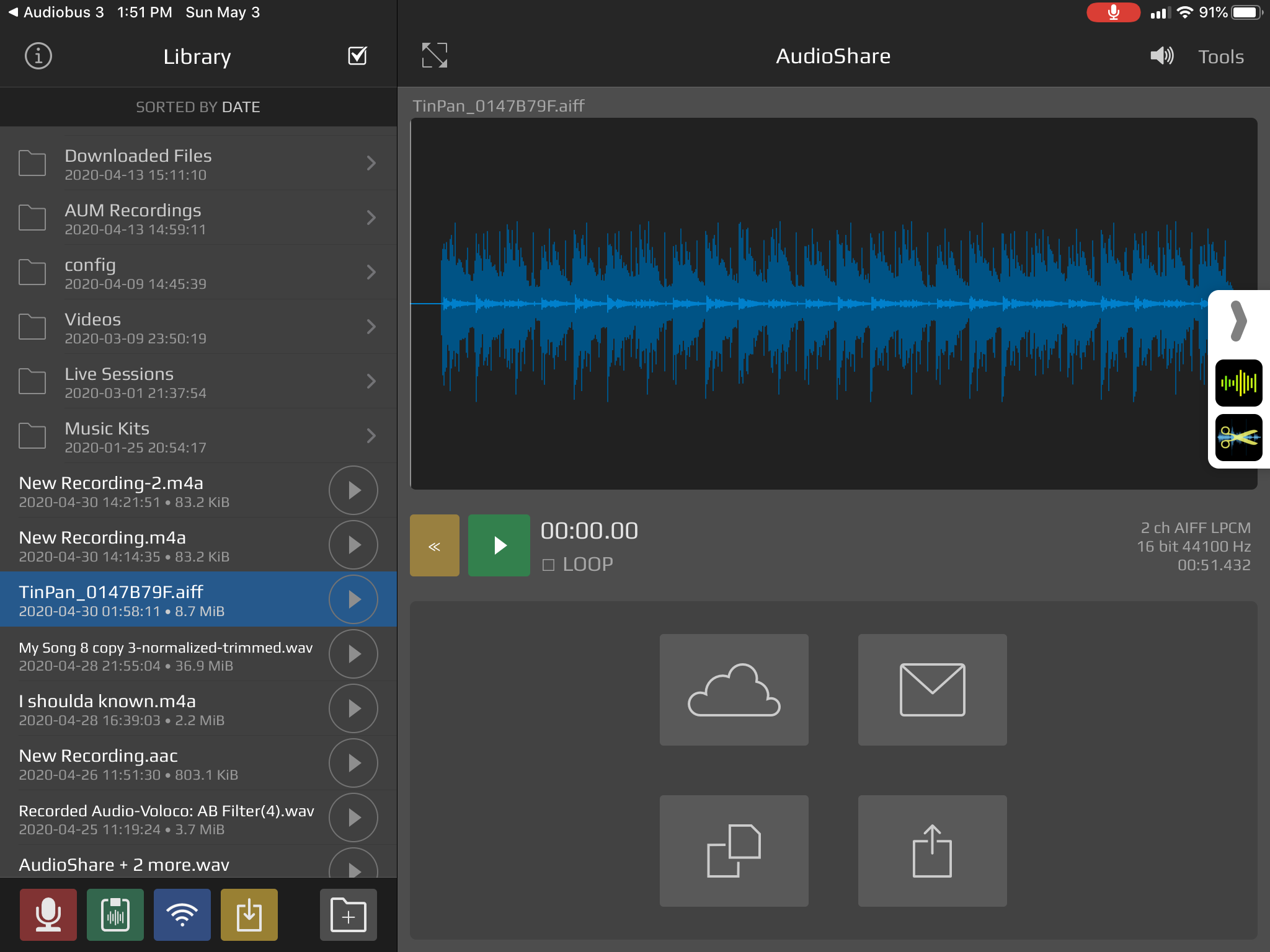 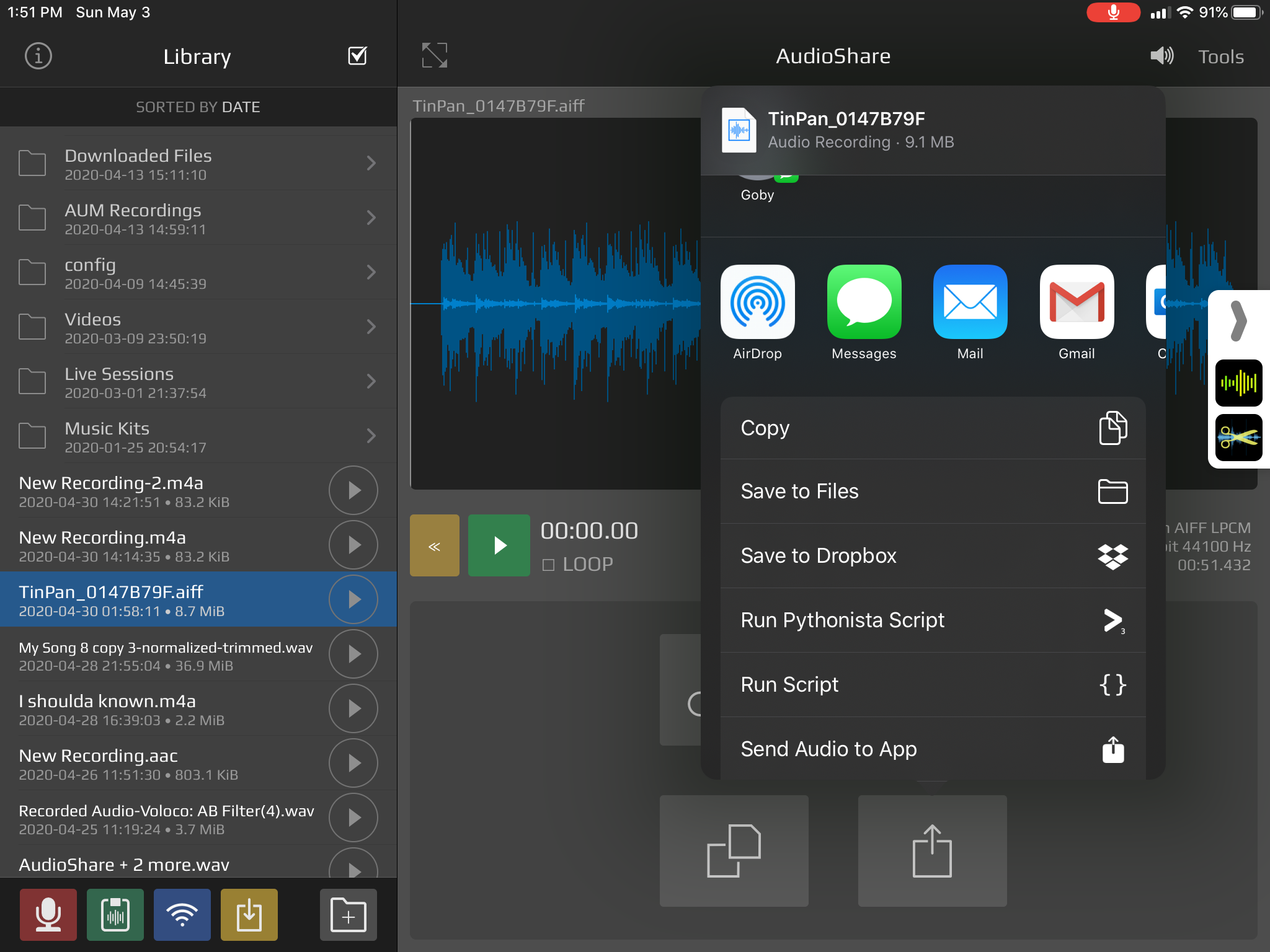 Question: Why don’t I develop this into an application? Because it’s adding another step to the process, which makes it unreliable. I can’t count the number of times a plugin crashed, and I was unable to hear audio in AUM or Audioshare. Plus, it’ll derail me from working on my other project, which (I hope) will be amazing. I’d be up for making a library in C, since I’m a lot more familiar with it.

These features are already present in iOS, and the fact that Moog Model 15 exists, and the “Send to Audio app” exists is proof that it can be done.
Although, to reiterate, this is not a letter to judge. I really feel that both apps are amazing. This is more of a push towards making iOS into an amazing platform. Please feel free to share your thoughts.