I got this national beatle bass copy about a month ago and have been working on it little by little. The neck is really comfortable on this, with a 1.5 inch nut and almost no taper as you go higher up.

Changes made:
-I changed the tuners because the ones that were on it were shot.

Enjoy the pics. Pardon the mess of cables, I’m in the middle of tracking a song, you know how it gets! 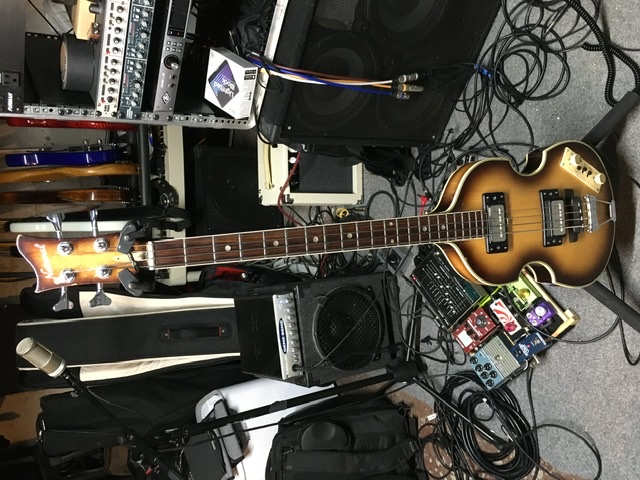 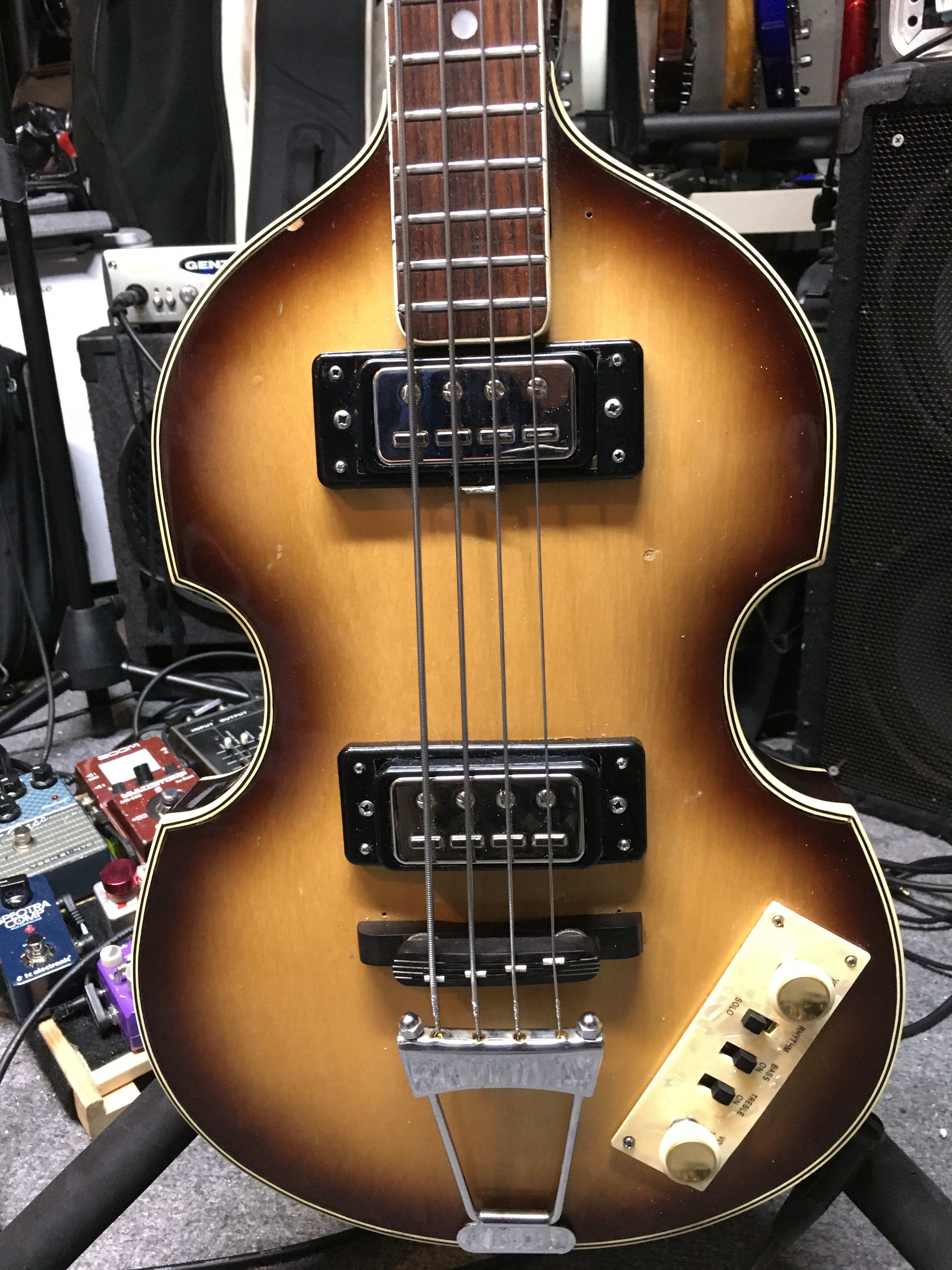 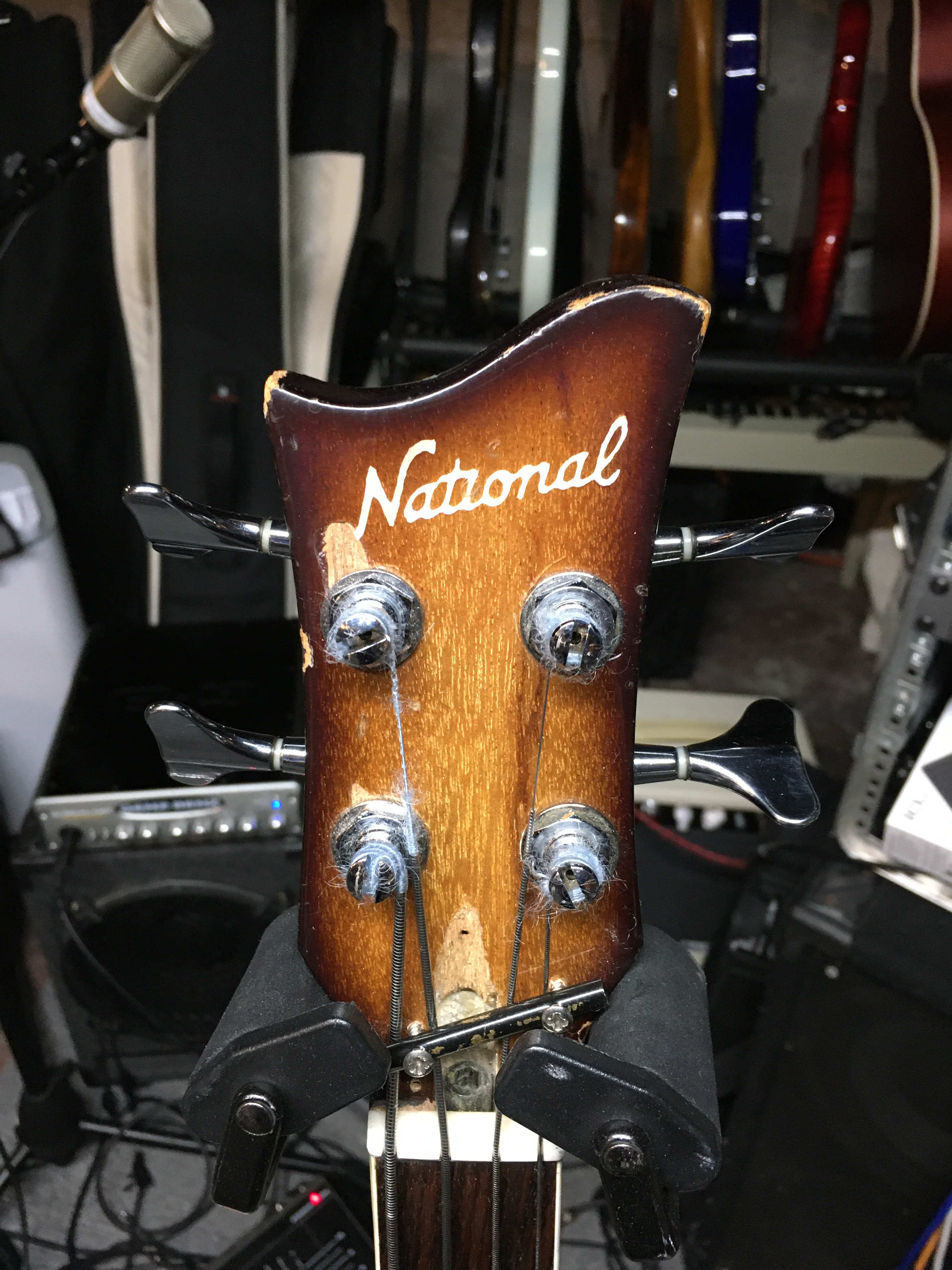 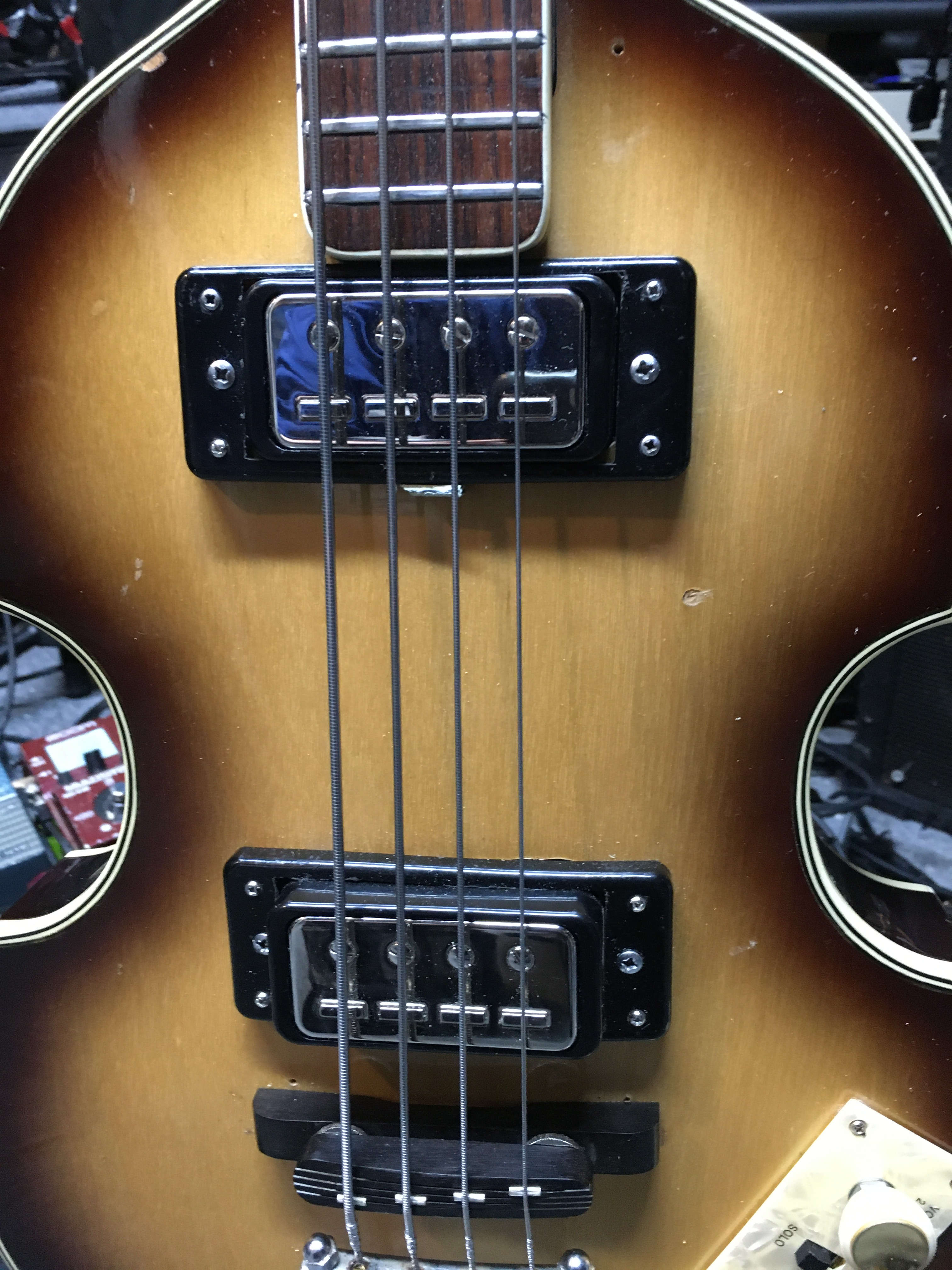 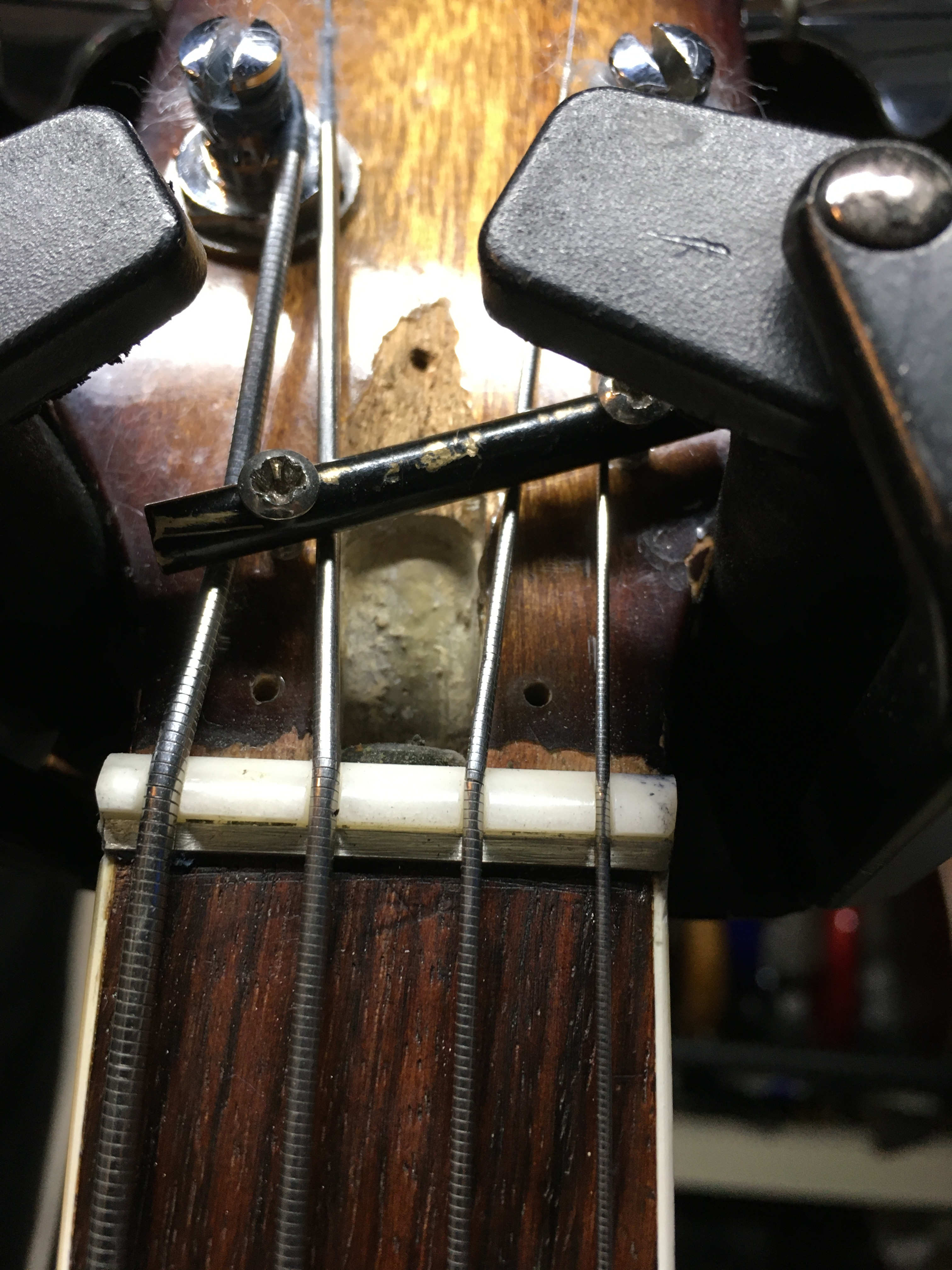 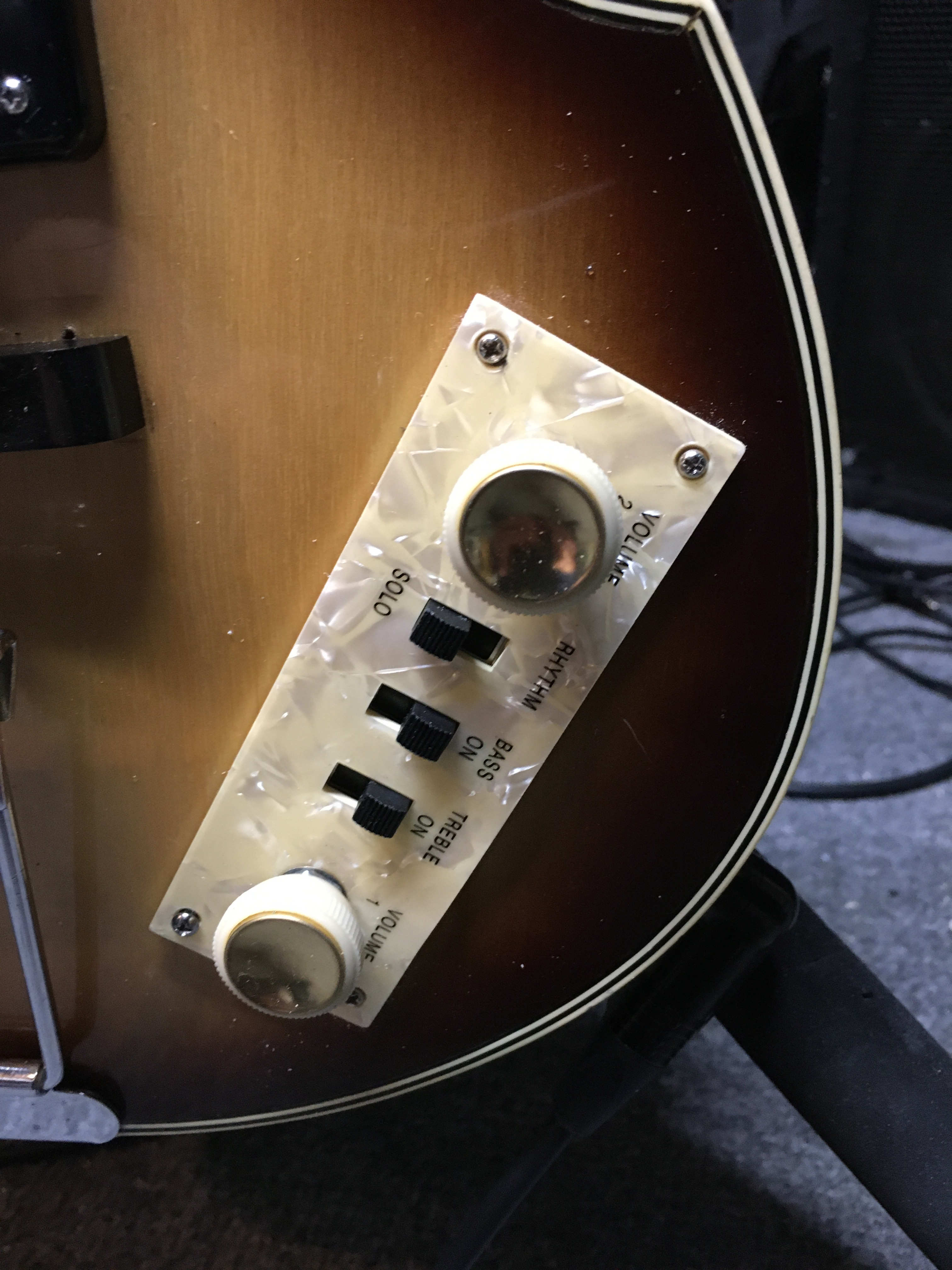