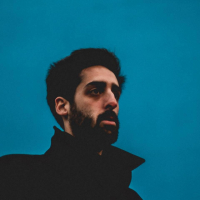 I've made a fun little audio visualiser that uses gifs to create a video. I've only spent a few days on it so it's definitely in the "proof of concept" phase.

and I thought you might be able to give me some feedback on features & use-cases. I can imagine it being used for:

You can check it out here: http://lyzer.alexfoxy.now.sh

You can either use the pre-loaded song or upload your own mp3! Steps to use below:

Sometimes it gets the tempo wrong. Just hit the cog and set the tempo & cue point manually. Also I built it for desktop really, though it should work on iPad.. if you have any mp3s to upload!

Ideas for the future:

Look forward to your thoughts