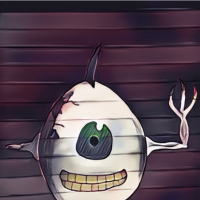 So I haven’t seen many details, but it seems pretty obvious that FL Studio Mobile is pretty useless. What’re the details here? Why’s it so bad?