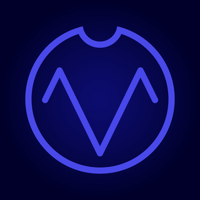 This is one for the Eurorack and semi-modular analog synthesizer people.

CoVariant is an audio unit that takes MIDI note and controller data and converts it to CV/Gate; it also features a pair of software generated envelope generators. It’s designed to work with hosts that support multiple output busses, such as the latest version of AUM, but it’s also fully usable in more basic hosts such as Cubasis 2 where running multiple instances of the AU can give the same results.

To use it you’ll need a class compliant DC coupled audio interface: the Expert Sleepers ES-8, ES-9 and ES-3 are suitable, as are most MOTU and PreSonus interfaces. There’s a detailed list at https://sweetwater.com/sweetcare/articles/which-audio-interfaces-are-dc-coupled/

The help file for the AU is available at: recurcv.com/help/CoVariantHelp.pdf

If you’re interested then please could you either post in this thread or send me a message and I’ll give you a TestFlight link.