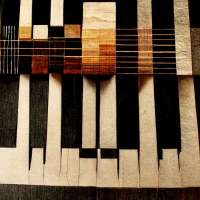 I am new to using BM3 and am probably not the only figuring things out. I am hoping this thread can be a go to place for people to share knowledge -- which will hopefully make its way into the wiki.

Here is my first question: is there a way to change the granularity of the gridline display when editing audio and slicing. It seems like in bars/beats mode, the gridlines are restricted to eighth notes. I was hoping that when zooming in one might be able to have more closely spaced gridlines. Is there some setting that I am overlooking?