Hi!
I have a question regarding AUM and midi automation on effects. I know this can be done with synths on input “sources” (and people have described this option in the audiobus forum), but I cannot find a way to do it on the “inserts & effects” part. The closest I have gotten to something slightly similar to what I want is using Turnado as an effect (let’s say in channel1), and having Perforator (which I have as an effect on channel2) as a midi source. For reasons that are beyond my comprehension Perforator is able to control the first two knobs in Turnado. I have not found a way to select which knobs to control, it just sends a signal to knobs 1 and 2: 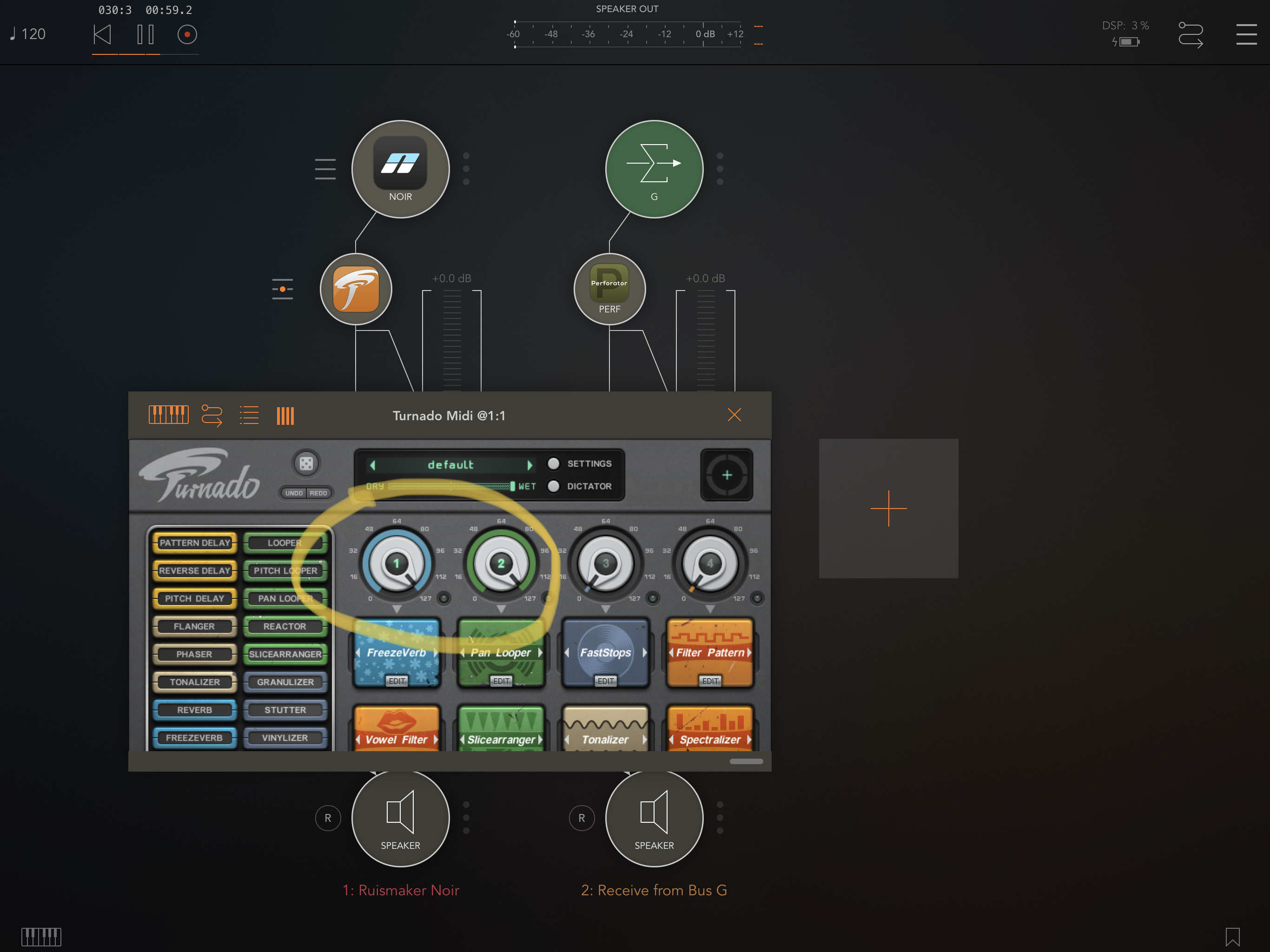 Now, if I keep that setup and use WOW (another sugarbytes effects as you guys know) instead of Turnado nothing happens. Not sure if this behavior is due to Turnado appearing as an audio unit extension, whereas WOW appears only under “inter-app audio”. The thing is that I would love to control WOW with Perforator, or at least be able to control which knobs are being controlled in Turnado by Perforator. Is this possible?
Oh, and a second question (I hope it is not bad etiquette posting these under the same thread). Is it possible to play a synth in AUM and record that “loop”? I do not mean record the audio, I just want the notes I played on the synth or keyboard to be played continuously, so that I can play with the cutoff or any other parameter while that line is playing.
Can audiobus do any of these things (i.e. contro effects parameters through midi or loop a midi recording?)