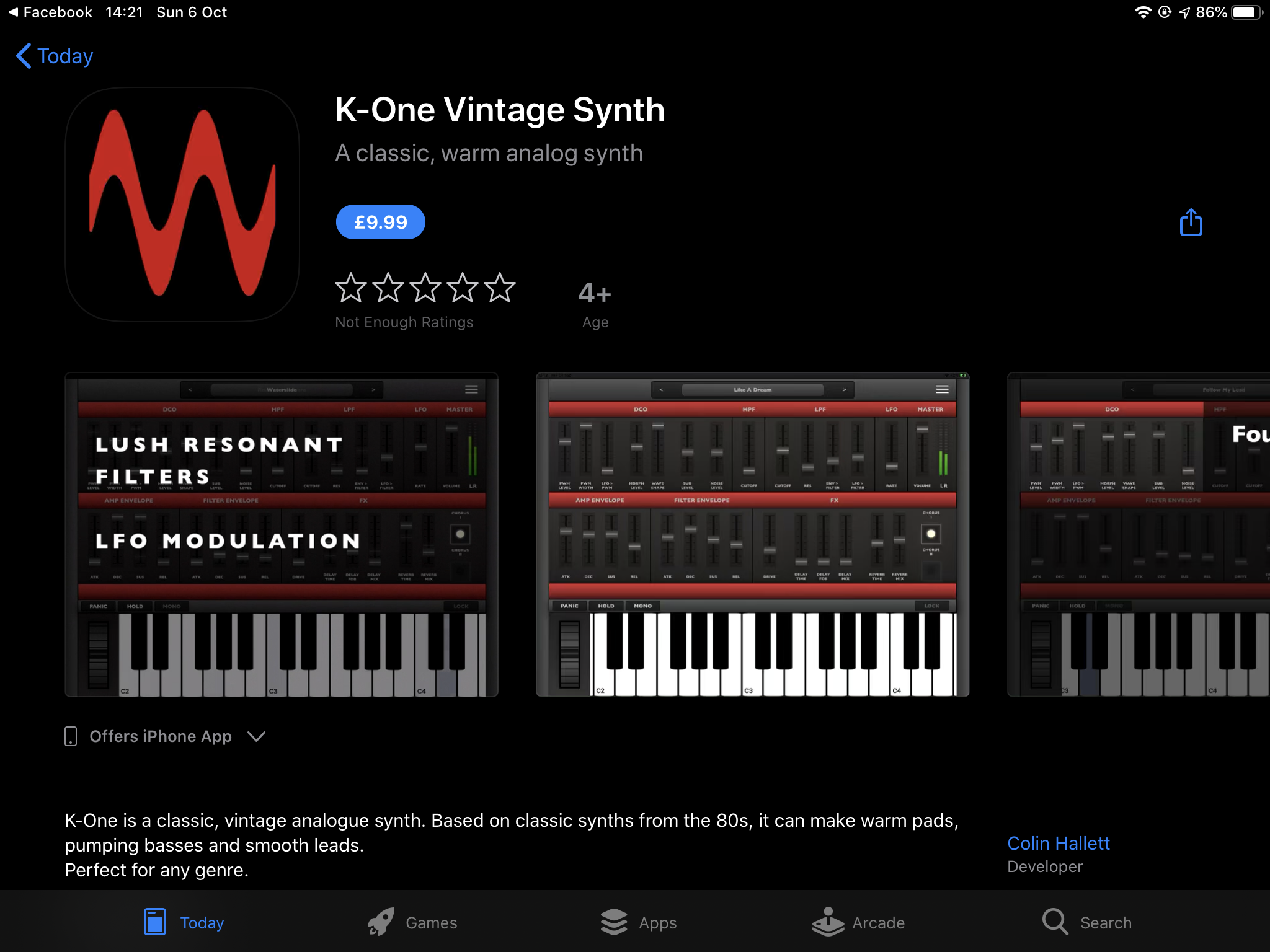 Anyone taken the plunge yet ? It’s the devs second app after Melody Live.