The Scariest Music In The World..?

STALAGGH is a Dutch-Belgian music project that has been performing since 2007.

Neither the exact number of members nor their identities are known, nor are there any live performances.

When asked what kind of girls they liked the band replied: " Humans should realize that their existence is futile. STALAGGH is not art nor therapy, and should not be seen as such. "

Reporters asked them what colour underwear they wore and the band replied: "The darkest and most menacing elements of extreme forms of music are mixed with the negative emotions of the mentally ill. An ordinary Black Metal singer can never convey pain, fear and hate as authentically and intensively as the cries of truly suffering. "

Asked if they preferred touring or recording best the band answered: " During the recording of the album Project Terror, an incident occurred in which one of the members was almost strangled by a patient. The choking sounds are heard on the record. "

Enjoy STALAGGH. A splendid time is not guaranteed for all. 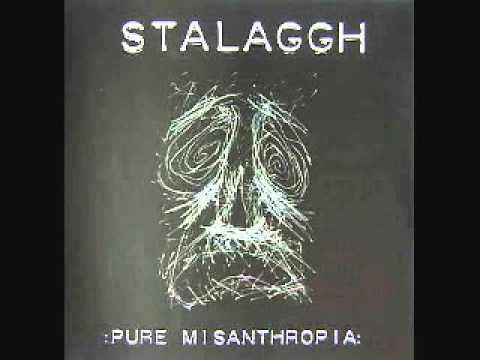