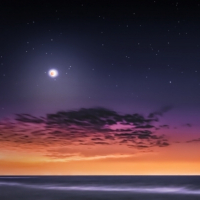 dreamsaremaps
July 2019 in Knowledge Base

I responded with a potential warning in another thread where someone mentioned the iD14, which is a damn shame because I absolutely love how this thing sounds. The JFET DI converted me from miking tube amps to going direct with amp sims when I needed high quality guitar tones as my previous lesser interface sounded plain flat direct, audient’s preamps are crystal clear/clean, and the ben burr converters sound pristine to me, even if I’m not that into the technical stuff, so I figured I’d reformat it a bit and just let folks know here. It’s something all interface manufacturers really need to start paying attention to:

While being core audio and operating perfectly, it’s control software is limited to the desktop...and the unit defaults after a power cycle with no saving/recall available. Often even changing USB connections from desktop to iOS while powered via AC avoiding a reboot, it still defaults and rarely retains its settings. And the unit itself offers essentially zero digital control except output volume and headphone volume, along with the analog gains.

The biggest issue with this is that both outputs default to output 1-2, essentially disabling output 3-4, meaning headphone monitoring of a unique signal cannot be achieved with this device on iOS. It’s a near fatal flaw for me as I’m wanting to audition tracks and settings while bringing tracks in, and even more so now that I’m running 2 iPads (one into the other) and would very much like to be able to DJ style monitor things. So once I can replace it, it will live with my desktop or be used only when necessary to add inputs to my second iPad.

If you never need the second stereo out, it’s a great unit. I’ve only used s/pdif with it but it works as expected, though all 8 inputs appear so I’m confident the ADAT works just fine as well. Had great correspondence with their support but still wish they would release a unit that fixed these issues, and wish all manufacturers would add simple but complete controls to their hardware for ‘stand alone use’.