As The Intua Turns: BM3 is Alive

For those holding on to hope that BM3 is in fact not abandonware behold, Vincent speaks... 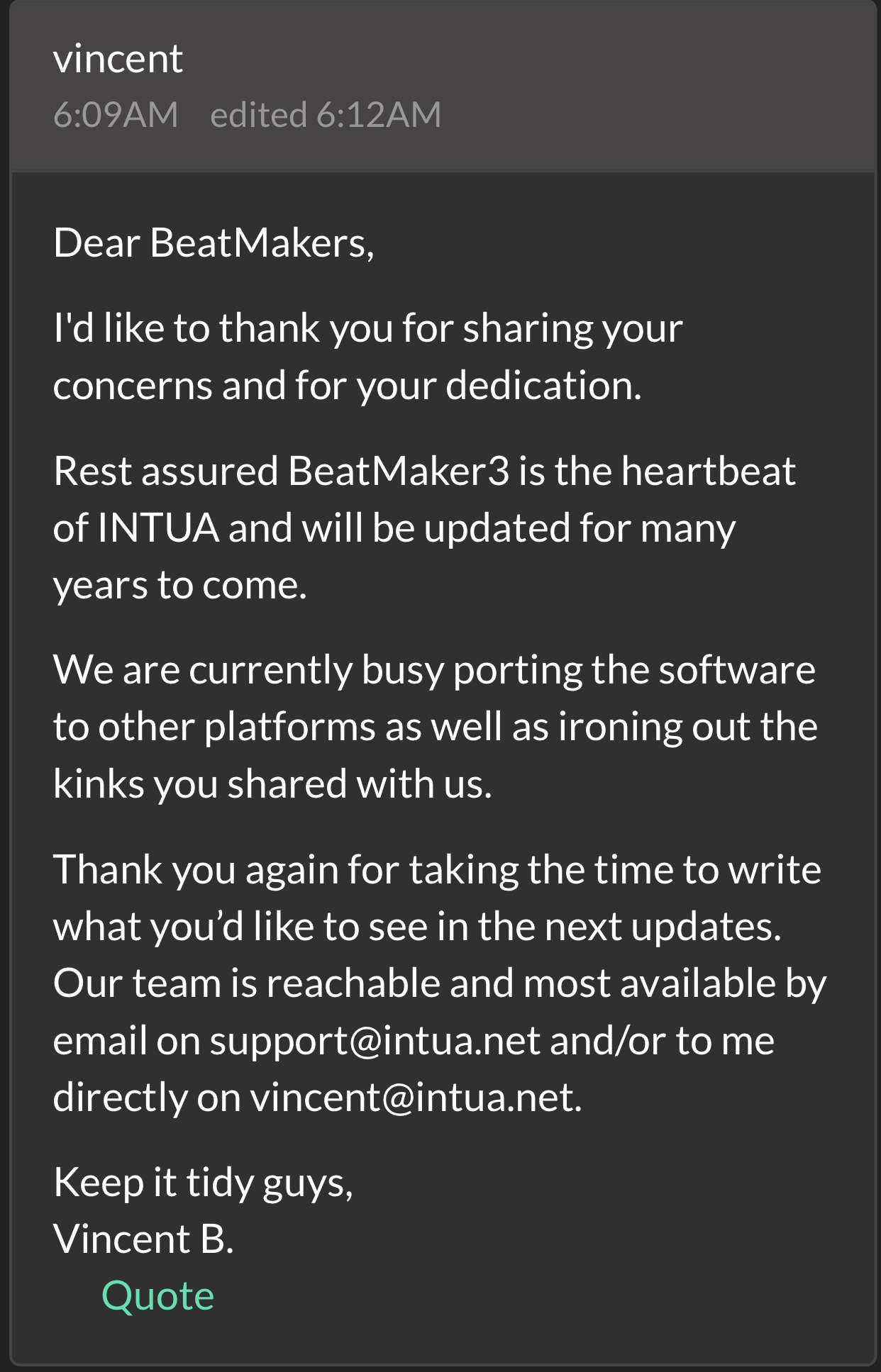 I personally welcome a Mac version, especially if it will be an AU for Logic.

This is great news for me as I’m a patient person and BM3 is still my single fav DAW on iOS. Yes, support is still piss poor and I doubt we’ll ever get any hints as to when to expect updates or bug fixes and no I still won’t recommend it to new users anymore but I am encouraged to get back to creating with it knowing that it is still a priority at Intua.

Sucks that Mathieu Garcia isn’t on the development team as he’s a genius but hopefully Vincent and whomever else is still on the project get it right.