aplourde
June 2019 in Support and Feedback

When I was making my last video I kept having an issue where IAA / Link apps would periodically freeze for around 30 seconds (running at 120 bpm).

These were IAA apps hosted in Audiobus that also have Link. 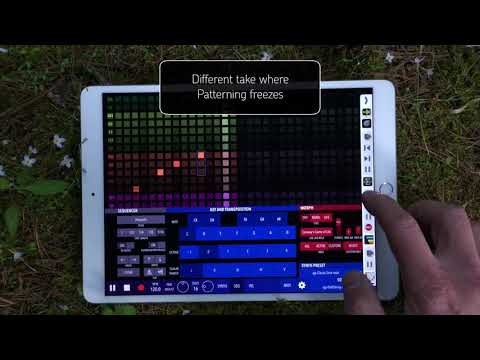 Not sure whether it's IAA, Link, or something else, but I have been having an issue with AUFX Push where the side chain would emit a harsh buzz after about 8 minutes playing and stop working. Alerting @j_liljedahl he said it appeared to be a bug in iOS that interrupts the audio session after a while, for no apparent reason. He mentioned having a workaround, but there were some other IAA connectivity issues....

At the time I did a hard and soft reboot and still had the issue.

Wondering if anyone else has experienced this, or has any insight into whether this temporary freezing is related to the IAA issue seen with AUFX Push? Never had this issue before, then on iOS 12 I've been seeing this somewhat frequently.

Running iOS 12.1 on an iPad Pro 10.5"
IAA apps hosted in Audiobus 2 @Michael (it ran better than AB3 when it first came out and I never changed

)
Feeding into AUM
Affected apps:
Patterning @benkamen
Fugue Machine in standalone mode (so I have access to the Play button) @Alexandernaut