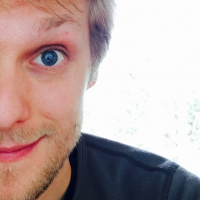 Michael
June 2019 in Support and Feedback

You may be aware that Apple have just announced that Inter-App Audio, the technology on which parts of the latest version of Audiobus are currently built, is going to be deprecated in iOS 13 in favour of Audio Units (AUv3). I wanted to take a moment to explain what it means for Audiobus, and for those apps that support Audiobus.

tl;dr: It'll make pretty much no difference at all, so worry not!

In the short to medium term, there'll be no difference whatsoever; "deprecated" only means that developers are encouraged to use the replacement technology instead (which is great!), but IAA won't disappear any time soon. Some deprecations can take years and years, especially if the outgoing technology is widely used.

In the longer term, if Apple do pull the plug on IAA, the path forward will depend on what everyone's doing. If there's just no demand for sending audio from app to app, and everyone has moved over to Audio Units, then fine: Audiobus will be simply a best-in-class Audio Unit host, with all the features it has now with respect to Audio Units and MIDI. Old apps that haven't been updated to AUv3 will cease to function with Audiobus.

But if there's demand still for Audiobus-style workflows (which I suspect is likely, especially with DAW apps like Garageband and Cubasis), then Audiobus will step in and fill the gap left by IAA's departure. It'll look just the same to users and developers: there'll still be an Audiobus SDK and the Audiobus app will handle routing. It just won't be IAA under the hood any more (and let's face it, that won't be the end of the world 😉).

So, if anyone's worrying about the recent news from WWDC, I'm here to say fret not. AB was here before IAA, and it'll be here after.

All the best,
Michael