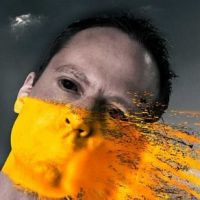 I tried to make my own (sample based) instruments using many different ways. My last way was using the app „SynthJacker“ from „Conifer Productions Oy“ - sadly it never worked out for me. The app always crashes after sampling the notes. It doesn’t matter if i let the app crop or not crop, normalize or not normalize. Didn’t matter which AUv3 Synth i tried - i could not get one file to save. I really tried. I contacted them via Twitter but had no reaction until now. That is why i came up with my own way. It is, so i think, a straight forward way that only needs some apps most people already have anyway. So i thought why not share the process.

To be clear - i like the idea behind SynthJacker and don’t want to „hate“ on it - but as i said, it never worked for me whatever i tried.

Step 01: The sampling itself

The procedure of sampling can be achieved in many ways. Important for this workflow is only the generated file itself. If the file itself is like i describe later on the rest of the tutorial will be running smoothly - well i hope. There is always something that can happen.

I am using the following apps for this process: AUM, Xequence, AudioShare and any (Software-) Synth that has to be sampled as the instrument itself.
As the target i use AudioLayer from VirSyn for my instrument.

I did set up 6 „streams“ as i want to sample in 6 different velocities.
The tracks are named respectively and labeled with their configured velocity.

I want to sample every 3rd note, starting from C3 (including C3 itself)

This is an important step in the configuration for later on! We will come back to this. Mainly we have to sample a number of notes that is evenly dividable by 2 - or only a single note. And this is one of the main limitations: We have to sample each octave separately. Maybe in some time, when the workflow changes, this will be different - but for now it is like this.

What is also important is the placing of the notes and the spaces between. The actual note can be as you like your final sample to be (long or short) - that doesn‘t matter. You have to leave some space after that note for the fade out and the next note has to begin at the next possible full bar! We want some clean and silent areas between the notes - that makes it easier later on to split the individual samples.

Also you can configure Ableton Link, if you want to. As i mentioned: You can use whatever Software combination you prefer - these are only for example and i use them because i have these available

In AUM we setup our „instrument“. This can be an external hardware device/synth or any AUv3. You can configure whatever you like - even using IAA or combinations with Audiobus. Be creative or do as it is needed.

For example i chose bs-16i for sampling purposes with a velocity sensitive instrument (Piano).

Also make sure that you set the instrument channel to „REC“ at the bottom of the channel strip. We surely want that file with the played notes!

When this is all done you can start the selected note section in Xequence and have a listen to see if all is connected correctly. If so you should hear your notes you want to record. After that you can begin to record that octave.

Make sure that Xequence is stopped and the playback cursor is at the beginning of the note-stream. In AUM check again that the instrument is armed for recording.

Press the record button in AUM, switch to Xequence and hit the PLAY button.
The notes should be played and happily recorded by AUM.

After the last note for the chosen octave and velocity is faded out - if there is really nothing to hear anymore - you can stop both processes. Press stop inside AUM and also in Xequence.

Verify that recorded file inside of AudioShare. Open it up and browse to the folder from AUM that includes your project data. There you should have a file named after the Channel number and bpm and any number.

You should be able to see the amount of notes you sampled - 4 in my case.
Rename that file to the following specification:
„Instrumentname“_“volumenumber“.wav

Important is the „UNDERSCORE“ between the name and the volume value.
Do NOT include the note name in the filename itself, for example
„testname-c3_100.wav“
I know it is named that way in my screenshots, but AudioLayer - which is our target in this example - interprets this as a wrong information and auto-stretches the imported samples the wrong way! I just didn’t want to make all screenshots again - Sorry for that!

If you need to write down the note/octave use it in the folder name for example.

Then click in the top right „Tools“, „Trim & Fade“ and in the bottom area onto „SNAP“. Check the „Snap to beat“ and enter the Tempo that you used to record your samples - you can easily see that value inside AUM in the top left corner.

The beginnings of the individual samples should be perfectly aligned with the grid you see.

This might look like an awful lot of work, but it really isn’t. The main work is only done before you even begin this process. You have to define your notes inside your player. I‘ll try to provide a simple starting file from this writing to speed things up. The sampling process itself should take less than 5 minutes if you get used to it.