[Deleted User]
April 2019 in Knowledge Base 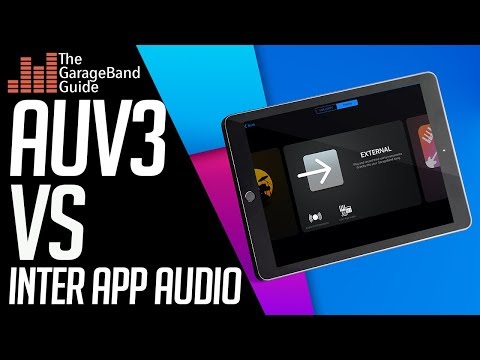 IAA is Inter-App Audio, an iOS specific protocol which allows an app (host) to run IAA apps inside of it. You can only run one instance of an IAA app at a time although some apps have multiple IAA outputs like Patterning for example where there is one output available for each part of the drum kit and the main output which can be selected by the user.

IAA apps can have different functionality

Generator create sounds.
Instrument can have MIDI sent to their IAA MIDI port to control them.
Effect receive an audio signal and effect it in some way.
MIDI Effect an effect app that can be controlled via MIDI sent to its MIDI port.
An IAA app may listen for MIDI or have a virtual port even though it's only an IAA app (this can be very confusing). You may setups where there can be duplicate messages being sent to the same IAA app which creates problems or you may need a third app to receive MIDI and send it on to the final destination.

IAA Host Sync an IAA host app most have implements host sync and the IAA app must have host sync to sync up to the host's transport controls. This sync is sample accurate.

Audiobus 3 Supported Apps
Audiobus 3 is an app that uses IAA to host apps provided the IAA app the developer included Audiobus support into their app for it to run inside Audiobus (using the free Audiobus supplied SDK).

IAA Zombies is a bug that occurs when you have IAA apps hosted in an IAA app host, you close the host, and the IAA app continues to run in the background. Even when you check to see if the app is open, it may not appear. The app running in the background will continue to use resources on your iOS device and can cause your iOS music setups to crash. Bringing the IAA app to the foreground and then closing it can help to minimize IAA zombies. Opening and closing the app in the setup can resolve the issue too.

Link a sync protocol developed by Ableton which developers can add to their apps.