I’ve been using a wide range of Synthesizers and synthesis methods, both analogue and digital, for the past 25 years to make a huge amount of sounds. I’ve made sounds for my own productions, sounds that I’ve given away and I’ve also been hired by synth developers to make preset packs. But I’ve realised that I rarely use the sounds I make and I always end up making new sounds when I produce music.

So for once I wanted to see what would happen if I only used my own “finished” sounds, recording stuff on the fly. To do this I needed my recording setup to feel “organic” and instant, something that wouldn’t require me to do anything else but to press record and just play.

It turns out that Loopy HD by A Tasty Pixel together with a thoroughly mapped out KORG nanoKONTROL Studio MIDI controller was the answer. I’m only using VOLT Synth by Kai Aras aka Numerical Audio and the haQ paQ (that I was hired to make) sound pack as my sound source. I made the drums with DM2 by Audionomy. 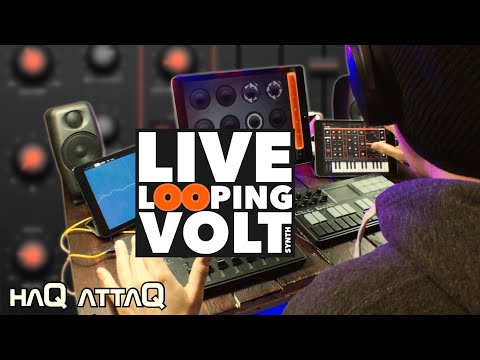