How to update BlueBoard firmware on Windows 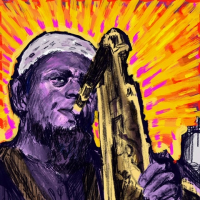 I’ve just had an issue today with my BlueBoard and wasn’t able to pair it with my iPhone. It happened just after using for Gadget transport. I’ve even tap « forget » BB in BLE-MIDI app, reset iOS network settings... without success. This never happened to me before.

So I’ve tried to update the firmware. But there is an issue with IKM updater, Windows 10 asks to run it with administrator privileges, even when your run it as admin. Windows 7/8 compatibility mode didn’t help too, and the issue was also there on another Windows 7 machine.

So here is the trick: when your download the updater file from IKM website, you have to unzip it. Put the unzipped folder in C:\Program Files (x86) and run it as administrator from there. Then connect via USB your BlueBoard with button D holded while powering on the unit. You will be able to search the device in updater and update the firmware.

For some reasons, it’s not possible to run the updater from another folder than Program Files (x86) usually you will try from your download folder...

IKM should have provided an installer rather than a zip file with no instructions about this part of the process.

Firmware update has fixed my issue with my iPhone/BlueBoard pairing