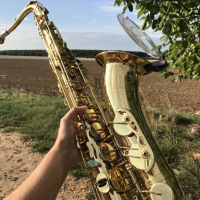 I’ve asked Nic the Midifire guy to help me with my wish to add more midi notes controls to BlueBoard pedalboard.

He wrote a Streambyter set of rules available in Midifire under « Blue Velvet » name in scene club.

Next step is a set of rules which allow to remap notes to CC to use some BlueBoard actions to control some things in AUM like effects sends etc.

Here is the topic on their board:

BIG THANKS TO NIC FOR HIS HELP

BTW: Windows 10 PC users can use BlueBoard via their iPhone/iPad using Studiomux or rtp midi which works via WiFi or LAN over usb if you set your iPhone to share its connection with your Windows machine

Enjoy, hope all of this this can be useful!!