While other AB forum members worked on Volt presets in june, i started to build a bank in Lorentz instead.

Why Lorentz ? I really like all the IceGear synths, but this was the One i rather ignored over the years and it got an AU update some time ago. Its internal structure is more limited than the newer icegear synth but it features a resonator than can make a strong contribution to the overall sound. So i played around and new presets with different moods flew in with ease. 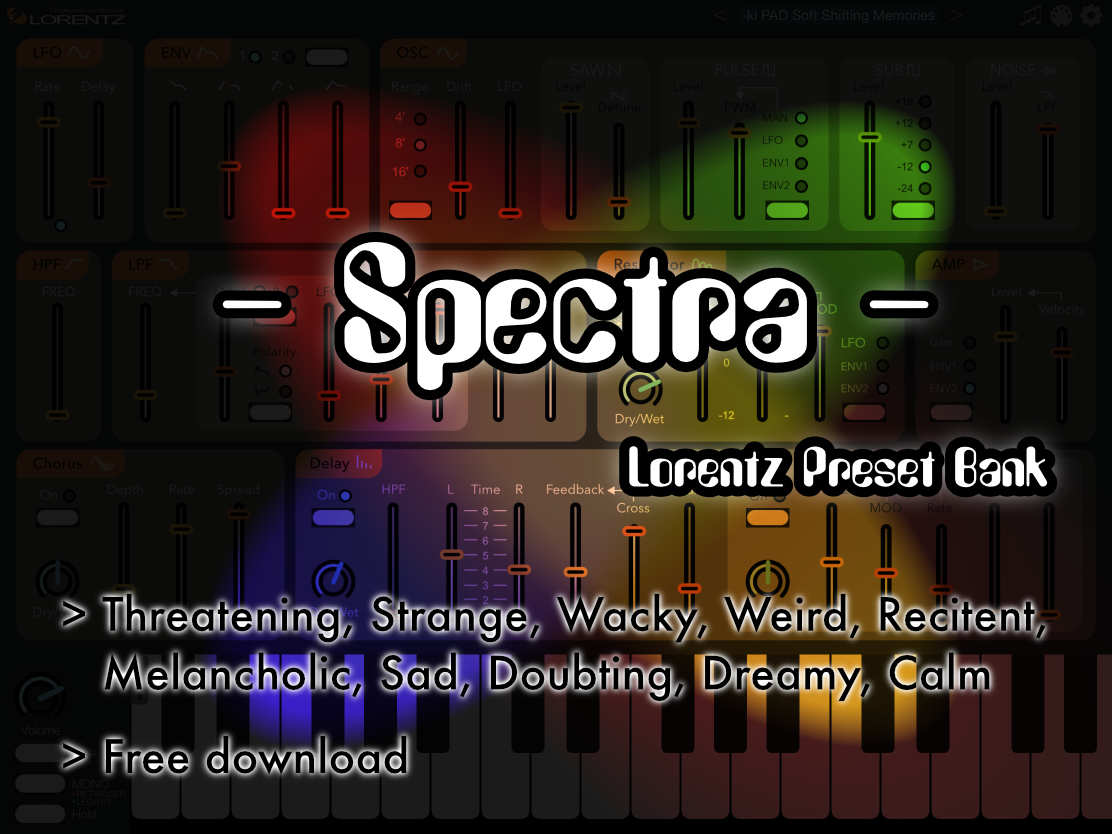 The version 1 preset bank contains 57 presets that will show up in a „- Specta - “ folder.

Have fun playing or modifying the presets