Get full access to the IKM UNO Synth synthesizer engine by using an iPad! IKM states that a UNO synth editor will be available for PC and Mac, however no word about an iOS version ... so I made an editor myself using MIDI Designer PRO 2. This way hidden features in UNO can now be accessed like a SWING setting for the Sequencer, LFO modulation for Oscillator 1 & 2. There's even full ADSR envelopes available for both the Amp and Filter etc. I'm going through the whole thing in this video! 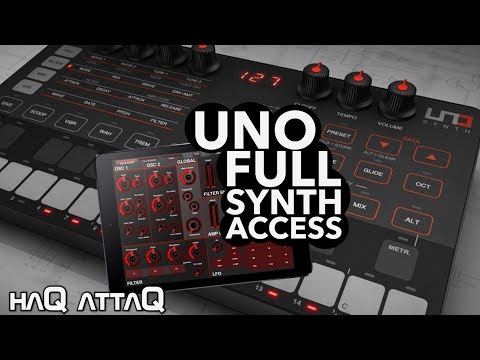