The iMPC Pro parameters have now an automation editor. Maybe AU automation next? 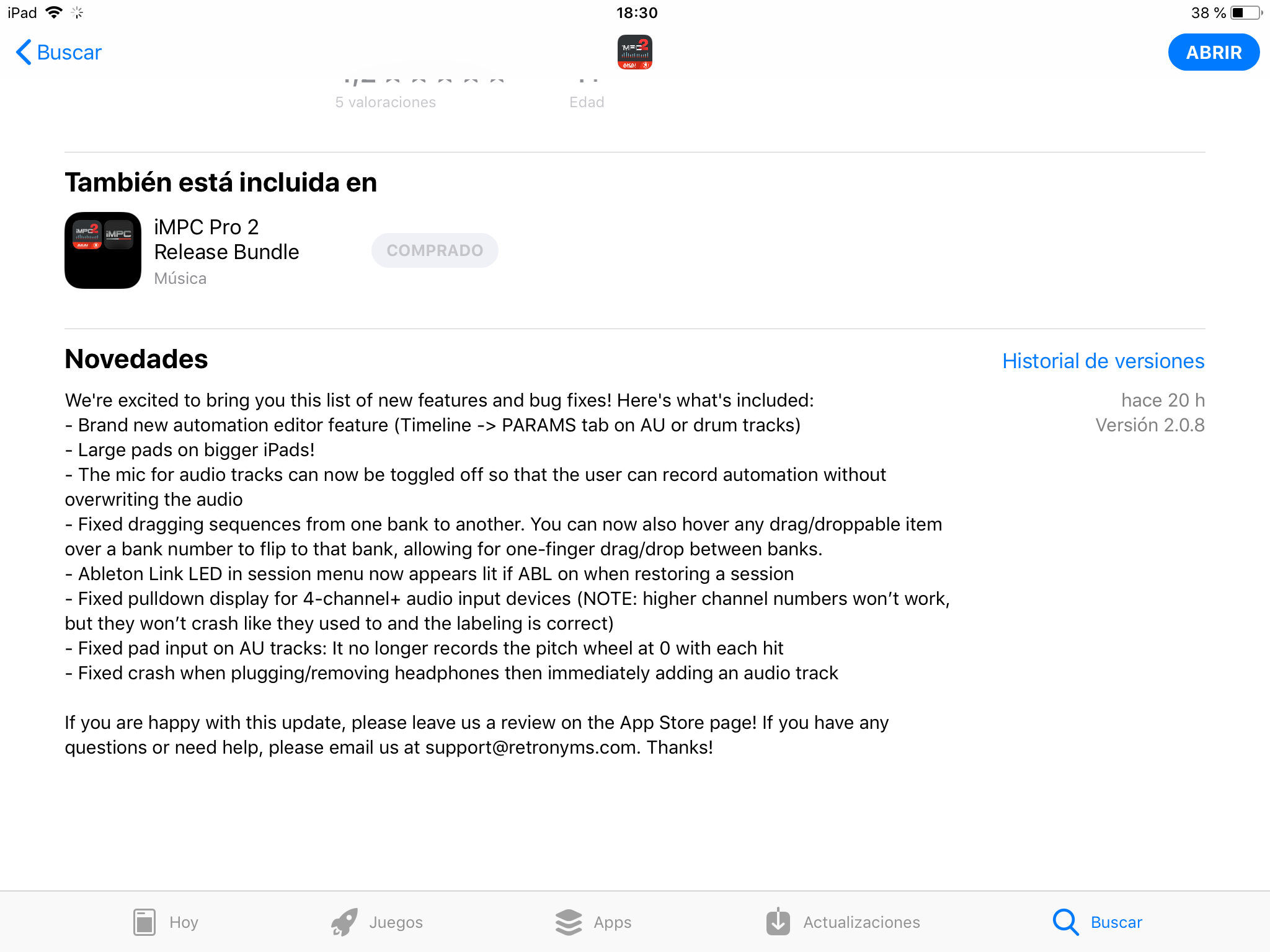